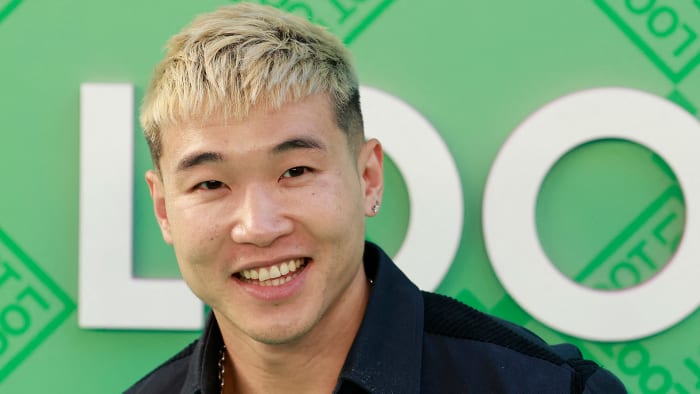 Vegas, Baby. You can’t keep it down for long.

The Las Vegas Strip, however, continues to struggle with the effects of the covid pandemic, as do we all.

Luxury travel was one of the sectors most impacted by the covid pandemic, and Vegas was hit especially hard. Even as the city’s tourist sectors began to reopen last year as vaccines became more common, many major resorts remained closed.

But while covid hasn’t gone away, Vegas has begun returning to full-strength. A number of high-profile artists, including Celine Dion, Katy Perry, Keith Urban, Lady Gaga and AC/DC have all announced residencies of late, a clear sign that Sin City is back in business, as Vegas without residencies simply isn’t Vegas.

But even though Vegas recently saw a setback with the closure of one of its venues, live music continues to make its way back to the strip.

Mosaic on the Strip was a long-running Vegas staple that transitioned during the pandemic to staging limited capacity shows such as Kyle Martin’s “Piano Man” tribute to Billy Joel and Elton John, something called the “Aussie Heat” male revue and the Michael Jackson tribute “M.J. The Evolution.”

The Jackson show, as well as Elyzabeth Diaga’s “Queens of Rock,” and the “Lady Like” burlesque revue were still ongoing at Mosaic when the venue abruptly shut down on July 4, as operator Dean Coleman indicated to the Las Vegas Review-Journal that Mosaic would undergo serious renovation planned for September, “but a recent discovery caused him to deem the venue unsafe to continue.”

What Live Shows Are Coming To Vegas?

Live entertainment is continuing to come back to Vegas, and the next few months will see a classic rock icon dropping by on his farewell tour, a buzzy comedy festival setting up shop in the fall and a “Jackass” alum do his thing.

– Elton John’s “Farewell Yellow Brick Road” retirement tour has been going since 2018, and we understand if you’re a bit skeptical that he’ll ever really retire. But if you haven’t seen Captain Fantastic in a while, or ever, why take a risk? Just go see him when the tour drops by Allegiant Stadium on Nov. 1.

– The comedian Joel Kim Booster is everywhere these days, from the Hulu  (DIS) – Get The Walt Disney Company Report film “Fire Island” to his Netflix  (NFLX) – Get Netflix Inc. Report comedy special “Psychosexual” to an ongoing role on Netflix’s “Big Mouth.” And now his pop cultural dominance will continue with a stop at the entertainment festival Life Is Beautiful, which will take over downtown Las Vegas between Sept. 16-18. The comedy shows will take place at the Kicker Stage at the Venue, and will feature sets from buzzy jokesters like Booster, “Hacks” star Hannah Einbinder, “Saturday Night Live” newcomer Sarah Sherman,”  Megan Stalter and Aparna Nancheria.

– Forbes called Life Is Beautiful the best music festival in America, and this year will see performances from Lorde, Calvin Harris, Jack Harlow, Migos, Beach House and one of the first performances in four years from Arctic Monkeys.

– Not part of a festival or anything, but comedian Sarah Silverman will hit the Encore Theater at Wynn on Sept. 4. Though she has a busy TV and film career these days, she just can’t say goodbye to the stage.

– ”Jackass” star Steve-O has been touring with a live comedy review for years, and he’ll be bringing it to the Theater at Virgin on Oct. 16.

– Train will rain down drops of Jupiter on people at the Theater at Virgin on Nov. 4.

– If you need something heavier than Train, Amon Amarth will shred at Brooklyn Bowl on Nov. 11.

– Viral hitmaker and social media sensation Blackbear is on his first headlining tour, hitting the Brooklyn Bowl on Sept. 23