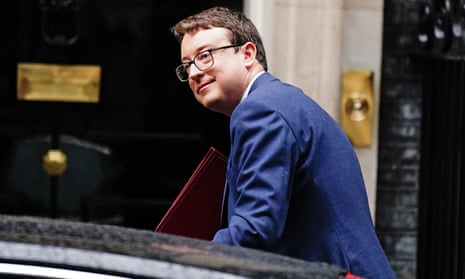 Simon Clarke, the levelling up minister, has told The Times that the market chaos that followed the government’s tax cutting mini-budget will pass and admitted there will be cuts to public spending.

Despite the turmoil in financial markets, Clarke said that Liz Truss is “astonishingly resilient” and urged the government to channel the spirit of Margaret Thatcher to push ahead with their vision.

If I was to describe one word for Liz at the moment, it is purposeful. She knew — and this was certainly something we discussed during the summer — that this would not be a comfortable process.

He added that for too long Western countries have lived in a “fool’s paradise” and there would be cuts to government spending to ensure “full alignment with a lower tax economy.”

My big concern in politics is that western Europe is just living in a fool’s paradise whereby we can be ever less productive relative to our peers, and yet still enjoy a very large welfare state and persist in thinking that the two are somehow compatible over the medium to long term.

They’re not. We need to address that precisely because in the end, if we want those strong public services then we are going to have to pay for them. I think it is important that we look at a state which is extremely large, and look at how we can make sure that it is in full alignment with a lower tax economy.

After a week in which the pound slumped to an all-time low against the dollar, Buckland said ministers were committed to increasing the tax yields needed to pay for public services, PA reports.

We have seen weakness in the pound, the yen, the euro against the dollar over the past few months. I don’t think it would be fair to say that Friday was the sole cause of the turbulence.

He said the chancellor would be setting out further details when he publishes his medium-term fiscal plan on November 23.

You will see more as to the government’s medium-term plan which I think will give a high degree of reassurance to markets that, like its predecessors, this government is absolutely committed to fiscal responsibility.

Voters, members of the Conservative party and experts reacted with dismay to Kwarteng’s “fiscal event” last Friday, when he announced that the top tax rate of 45% would be abolished.

But what do high earners who benefit from the tax cut think of it? We spoke to some to find out.

‘I feel sick and ashamed’

“I’m furious! I grew up in a poor household and have never forgotten it. I have worked hard to be a good earner, but this doesn’t mean I believe I’m better than those who aren’t doing so well. This – at a time when people are already suffering so much. Energy prices. NHS. Education. Transport. All problems which need urgent attention. Not to mention the lack of legal aid. The low fees paid to legal aid practitioners. Lack of affordable housing, childcare, etc.

“Truss and Kwarteng seem to have no understanding or sense. How can the basics be paid for? How do they think the economy will grow? Why don’t they care about poverty? I feel sick and ashamed. I will give it to charity: to the NSPCC, because more children will be neglected, and others. I didn’t ask for this. I don’t need it. I don’t want people to think I’d vote for such a stunt. It’s appalling. I am so sorry for our country. It’s being ruined.” Claire, 60, a solicitor from Dorset

“I think it’s excellent the Tories scrapped the top rate, it felt like Christmas. On its own a 45% rate is already high, but once national insurance, council tax and student loan repayments are factored in it is one of the heaviest tax burdens in the world. Such a system disincentives hard work and financial success, discouraging people from taking business risks that would benefit the economy. At the same time, the efficiency and quality of public services is laughably bad. I’ll invest most of it, spend some on the increased cost of living, and put the rest towards a new house.”
Patrick, 36, a risk manager from Surrey

The Green party is midway through its annual conference today and co-leader Adrian Ramsay is on BBC Breakfast.

He says the party’s call for a tax on the richest 1% in society would pay for a green fund aims to “make our society more equal”.

Under the plans the wealthiest people in the country would contribute 1% of their money to a “fund to create a greener society”.

We’re calling for this at a time of economic and political crises.

We’ve seen economic chaos caused by a mini-budget that has been making our society more unequal.

This is about trying to make our society more equal.

UK householders are poised to set fire to their utility bills later, in a wave of cost of living protests timed to coincide with the jump in gas and electricity unit prices that will cause bills to soar.

In what organisers forecast will be the largest nationwide protests against an economic crunch, which got worse this week with money market chaos and mortgage rate rises looming, dozens of rallies will be staged from Plymouth to Aberdeen, while postal and railway workers also strike.

Those wielding lighters include the backers of Don’t Pay UK, a grassroots movement that has received almost 200,000 pledges from householders prepared to cancel their direct debits unless the government does more to protect the poorest families.

The protests are being coordinated between multiple community organisations and trade unions in a bid to maximise impact.

We will cover the protests live in this blog later in the day.

Like the chancellor, the prime minister has used a Saturday newspaper column to defend the government’s course of action.

In the face of fierce criticism, including a stinging rebuke from the IMF, Liz Truss has admitted that the mini-budget delivered by her government last week did cause “disruption”, after it was followed by a series of economic shocks, including the pound falling to an all-time low against the dollar.

Writing in the Sun, Truss failed to address the changes to the 45p rate, or the scrapping of the cap on bankers’ bonuses, which was also included in Kwarteng’s announcements. She said:

For too long we have been stuck debating how to divide up the economic pie, rather than grow the pie so everyone has a bigger slice.

The status quo is not working. For too long we have been held back by low growth and high taxes. We need to get things done in this country more quickly.

So I am going to do things differently. It involves difficult decisions and does involve disruption in the short term.

Not everyone will like what we are doing, but I want to reassure the public that the government has a clear plan that I believe is right for the country.

On Friday, she had told broadcasters:

I recognise there has been disruption but it was really, really important we were able to get help to families as soon as possible.

What is important to me is that we get Britain’s economy back on track, that we keep taxes low, that we encourage investment into our country and that we get through these difficult times.

Good morning. As the fallout from the chancellor’s mini-budget continues, with the pound tumbling and markets reeling, Kwasi Kwarteng has attempted to defend the government’s course of action.

Writing in the Daily Telegraph, he said:

The British taxpayer expects their government to work as efficiently and effectively and possible, and we will deliver on that expectation.

Not all the measures we announced last week will be universally popular. But we had to do something different.

We had no other choice.

His announcements just over a week ago included a cut in income tax from 45p to 40p in the pound for the highest earners. Other taxpayers received a 1p cut in income tax and will get money from a U-turn in the rise in national insurance. The chancellor said they would all help to increase growth.

However, there was a strong market reaction to the package, which amounted to the biggest tax cuts in 50 years. The Bank of England subsequently spent billions of pounds buying government debt to shore up pensions schemes. It has also indicated that interest rates are like to rise significantly, which has led to jumps in mortgage rates and lenders pulling many deals.

Even in the face of extreme volatility in global markets, with major currencies wrestling an incredibly strong US dollar, we will show financial markets and investors that our plan is sound, credible and will work to drive growth.

Stick with us throughout the day for all the latest political news and developments.