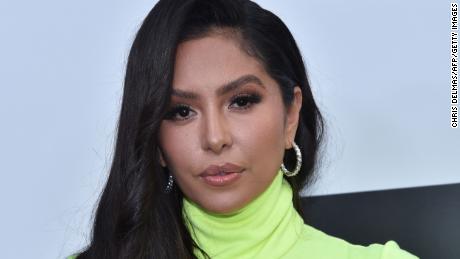 On Wednesday, the trial was launched for a federal civil lawsuit filed by Bryant’s widow, Vanessa Bryant, which claims that photos from the January 2020 crash were shared by county fire and sheriff’s department employees in settings irrelevant to the investigation, including at a bar.

Former emergency medical technician and wife of a Los Angeles firefighter, Luella Weireter, testified in court on Friday that during the Radio and Television News Association of Southern California’s Golden Mike awards in February 2020, she saw LA County firefighter Tony Imbrenda share photos of Bryant’s remains and other images from the crash site with ceremony attendees.

Many firefighters attended the media event, which was also honoring fire department public information officers for their work informing the public about wildfires.

After a small group of people at her table convened to look at images on a cell phone, in what Weireter characterized as being like a party trick, she testified about seeing one firefighter break away from the group, saying, “I can’t believe I just looked at Kobe’s burnt up body, and now I’m about to eat.”

After that comment, Vanessa Bryant could be seen in the courtroom with her head in her hands, rocking back and forth, crying.

Weireter is the cousin of Keri Altobelli, who, along with her husband John and daughter Alyssa, also perished in the helicopter crash.

About two weeks after the awards ceremony, Weireter drove to a county fire station in Malibu and filed an official complaint with a battalion chief, she testified. That same day, the LA County Fire Chief Anthony Marrone called her to follow up.

Johnson, who was the first of two deputies to arrive at the crash scene, said he took about 25 photos at the site on his personal cell phone because he was not issued a work phone, and about one-third of the images contained human remains.

Photos shown to the courtroom were graphic in nature, depicting severed limbs and deceased children.

Johnson said it is a common practice to text close-up photos of dead bodies to other deputies, and he had received numerous similar photos throughout his career without ever being disciplined.

“I know I didn’t do anything wrong,” he testified, adding that he does not regret what he did and wouldn’t have done anything differently.

He sent the photos to the command post and airdropped them to a fire department “supervisor” he was unable to identify. This person has not been identified by anyone else in the court up to this point, leading the plaintiff attorney to suggest the photos could still be accessible somewhere.

Johnson said he deleted the photos he took the night of the crash once he got home as well as the text thread with a deputy at the command post with whom he had shared the photos.

Vanessa Bryant was not present for Johnson’s testimony.

On Thursday afternoon, Vanessa Bryant walked out of court during testimony that described photos taken at the scene of the crash. She became emotional when Victor Gutierrez, a bartender, was asked if he had seen the body of her daughter, Gianna Bryant, in the images. Gutierrez had been describing what he saw in the photos shown by a Los Angeles County Sheriff’s deputy at a bar on a prior date.

Vanessa Bryant cried, stood up and her attorney asked the presiding judge permission for her to leave the courtroom.

Bryant did not return for the remainder of Gutierrez’s testimony, which continued with a series of surveillance clips from the bar he was working at on January 28, 2020 — two days after the crash and a month before the awards ceremony. Gutierrez described wincing at the photos and then admitted to telling the condition of the victims’ bodies to five sets of people.

The trial is expected to last about two weeks and witnesses will likely include Vanessa Bryant and LA County Sheriff Alex Villanueva. The suit, which was filed in September 2020, seeks undisclosed damages and claims civil rights violations, negligence, emotional distress and violation of privacy.

A jury of six women and four men was selected for the case. They include a nun, someone who works in TV production for NBC Universal, a college student, a real estate investor, a pharmaceutical researcher, a computer science professor and a restaurant host.