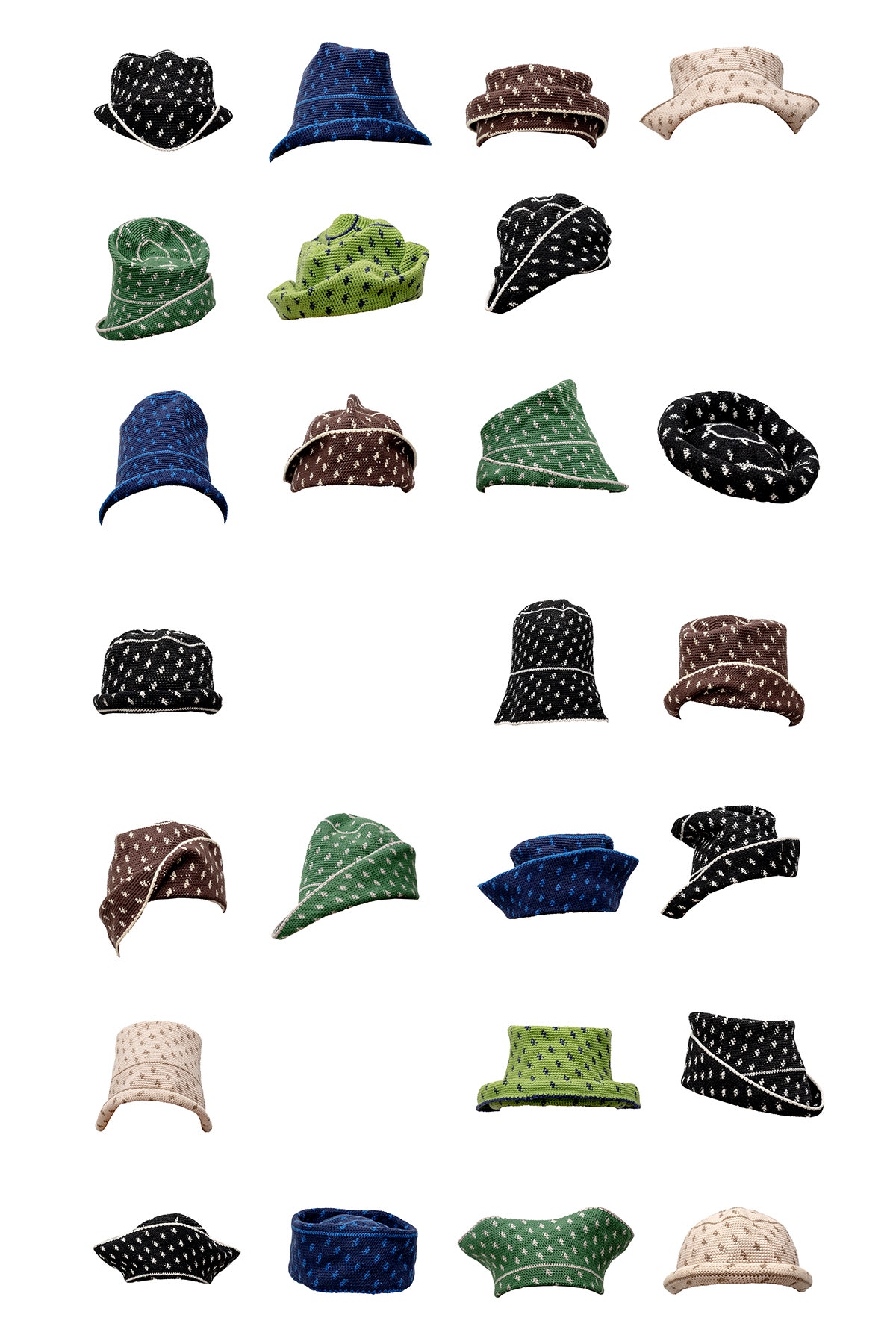 In April, a few days after announcing his new album Mr. Morale & the Big Steppers, Kendrick Lamar attended a Los Angeles Dodgers game. He sat in the right-field bleachers among the Dodgers faithful, surrounded by a sea of blue baseball caps. His choice of headwear, by contrast, stuck out: a black and white crochet-knit bucket hat, tall as a top hat and pulled low over his eyes like a beanie.

The only thing stranger than seeing Lamar embrace a bardcore aesthetic was continuing to see him do so. According to NYC-based artist Emily Dawn Long, who designed the hat in collaboration with the knitwear designer Maria Dora, Lamar has purchased about 20 of them so far. And he seems to wear the hat, which Dawn Long dubbed the “Hat Named Wanda,” just about any time he’s not donning his diamond-encrusted titanium crown of thorns made by Tiffany. Like when he was recording Mr. Morale, and when he hit the stage at Coachella this spring, and then at a Spotify listening party in Ghana.

Unlike Kanye West, who can single-handedly inspire twenty-something men to leave the house dressed like they’re about to wade through a bog, Kendrick doesn’t rank among pop culture’s top style oracles. He dresses comfortably and casually—sort of like an MFA student with a Grailed account. One gets the sense that he doesn’t take up fashion obsessions easily. His taste for the unassuming bucket hat doesn’t mark the launch of a trend but rather the culmination of one that’s been building since the start of the pandemic. And it has helped turn the Wanda into the most low-key status symbol in fashion.

The Wanda did have a life before Kendrick. The whole thing started in February 2020, when Dawn Long released a few dozen Wandas on her website. There wasn’t much strategy behind the endeavor—after receiving dozens of compliments on a vintage bucket hat she owned, Dawn Long figured she should try to make them herself. “It’s not really about making a profit,” she says. “I just like to make things that I like that I think people are sort of missing.” She linked up with Dora, whose day job involves making knitwear for movies like The Hunger Games, to find a producer who could replicate the structure and shape of her beloved vintage version, and they eventually partnered with a producer in Peru that works with indigenous women’s co-ops who specialize in crocheted goods.

The timing happened to coincide with the start of the global covid lockdown, right on the front end of a return to crafty, homespun sensibilities, when everyone and their mother picked up a pair of crochet needles—or at least started dressing like members of a knitting circle. The first run of a few dozen hats sold out almost immediately. “It just blew up,” Dora says. “It was part of a bigger moment than we anticipated.”

It’s a long way from niche pandemic hit to Kendrick Lamar’s dome, but the Wanda quickly began to snake its way through downtown creative circles. “I’m lucky to have a pretty solid community,” says Dawn Long, who in a past creative life styled Elon Musk for the Met Gala. Now, she splits her time between designing knits and accessories for her brand and launching an app that facilitates anonymous phone sex. Her studio abuts the NYC microneighborhood that’s come to be known as Dimes Square, and her initial Wanda clientele were her downtown artist and model friends. With everyone still more or less indoors, the Wanda soon became ubiquitous on Instagram, the headgear of choice for a legion of bored hot people. From there, the Wanda basically sold itself. According to Dawn Long, she’s never gifted the hat to anyone—a rarity in today’s celebrity stylist industrial complex. “The whole thing has been really casual and organic,” she says. “It’s all been spread through word of mouth.” Or, more accurately, word of IG Story: Dawn Long and Dora have sold every single Wanda they’ve produced.