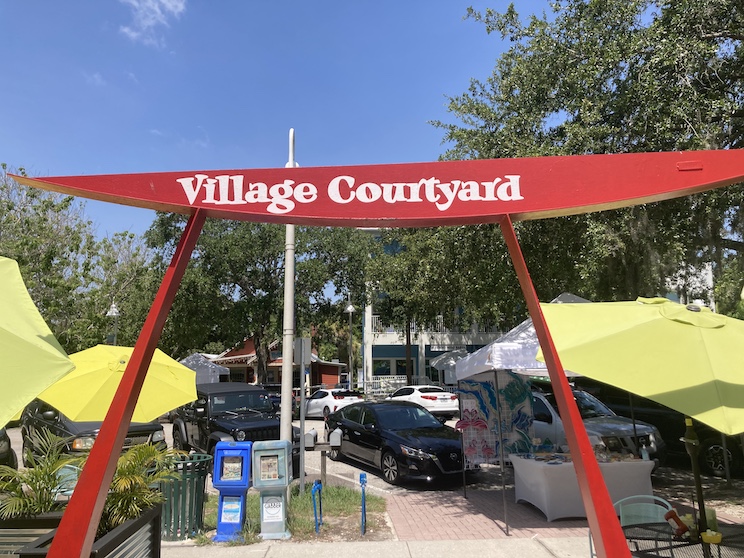 No changes are planned for Gulfport’s ordinance with regard to outdoor entertainment, but the City will take a harder look at applications in the future.

That was the message sent at the end of the discussion during the City Council’s June 7 regular meeting. Council took no official action.

“This is not in any way changing things for people who have outdoor permits,” said Councilmember Paul Ray (Ward III), who brought the matter before the council after convening a town hall meeting a few months ago to hear input from citizens. “We need to be more proactive to work with the businesses and the residents who live around them.”

The standard procedure for such applications, according to City Manager Jim O’Reilly, is that they get reviewed by staff, who brings any concerns to the applicant. Ultimate approval lies with the council, or the Community Redevelopment Agency.

According to City staff documents, Council has discussed its noise ordinance at various times over the past six or eight months, in the wake of repeated complaints from residents living adjacent to the “Art Village” and in close proximity to commercial properties within the Waterfront Redevelopment Area.

Attendees were invited to speak on the issue during the public comment time, and Debbie Amis of The Tiki Bar & Grill was the only one who did so. She said her establishment had been the subject of relatively few complaints over the past few years, probably because the speakers that project the live music face the Gulf and away from homes in the area.

“The whole time we’ve been there, which will be nine years in November, we never received any kind of complaint until the whole thing started maybe a year ago,” she said. “Then we received several because I think some people were jumping on the bandwagon. Since it was happening in other places in town it started happening for us.”

She recounted one incident in particular during which the police arrived in response to a neighborhood complaint – but the restaurant was not playing music that night. She pointed out to the officers that night how their time was being wasted when they could be focusing on more important matters.

“I feel as though folks who are within a certain distance to any establishment – that either has music or could potentially have music in the future if they so decide – anyone in that particular area has to understand that [outdoor entertainment] is a business decision for that business owner,” she said. “It has to be realistic. There are people over at the volleyball courts that play music and have boomboxes. Cars running, buses running, will reach that level. So we have to be super-realistic to make sense of any of it.”

Ray said nothing is in the works that would affect any current permit holders, but more attention would be paid to future applicants.

“We don’t currently review site plans or anything else, as far as the council goes,” he said. “They ask for an outdoor entertainment permit and we just give it to them. We haven’t really reviewed it or worked with the business that requested it or the neighbors that live around it.

“This is a better way of dealing with it going forward instead of just handing them out like candy.”

All three councilmembers involved in the discussion (Michael Fridovich, Ward IV, and Mayor Sam Henderson were absent from the meeting) were on the same page as far as Ray’s remarks were concerned.

“I totally agree that we should be careful and thoughtful about what we are doing so the businesses have success and the neighbors don’t get upset,” said Councilmember April Thanos (Ward I).

Vice-mayor Christine Brown (Ward II) noted that a great deal of time was devoted to the plans for the new Dunkin’ Donuts on the western end of Gulfport, which has none of these kinds of issues. She said that similar attention should be granted to future permit applications.

“I think it’s a great idea,” she said. “Moving forward, every application will be looked at in a more mindful way, keeping in mind every aspect of who is affected.”

Team Gabber brought back the print version of the newspaper, and we’ve redesigned our website to make it easier for you to get the news. We’re not out of the woods yet, and every little bit helps pay our reporters, printer, and other expenses. Support local news and families — donate now to keep The Gabber Newspaper serving the community it loves!