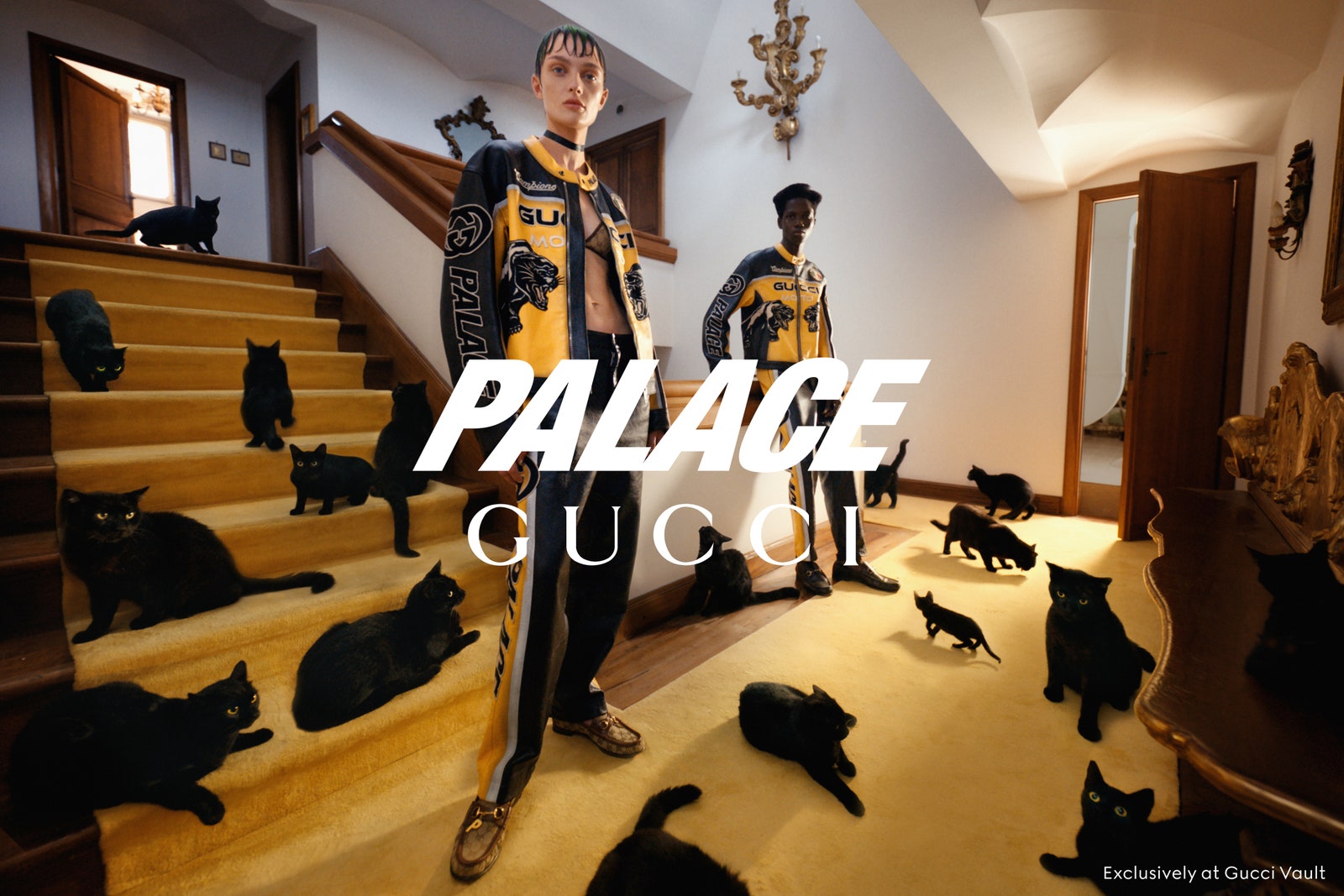 A breaking news alert, by way of the Italian luxury house Gucci and the British skate brand Palace: “Things are looking up.” That’s putting it mildly!

Gucci and Palace confirmed a few weeks’ worth of internet murmurs by officially announcing their upcoming collaboration on Thursday evening, tacking on another surefire hit to 2021’s lengthy (and yet still unraveling) string of blockbuster cross-brand partnerships. The project—which technically falls under the umbrella of Gucci Vault, the “experimental online store” creative director Alessandro Michele launched last year that’s home to some of the label’s recent cross-brand collaborations, plus curated Gucci vintage, some non-Gucci products, and various Web3-based initiatives—will include accessories and clothing (including Palace’s first-ever women’s ready-to-wear) that span both brands’ usual signifiers. Expect co-branded soccer jerseys and tracksuits, heritage leather bags shaped like Palace’s pyramidal Tri-Ferg logo with a Gucci tri-color strap, and several moto-inspired pieces (a major trend the past few seasons), including a literal bike designed with a third partner, the 101-year-old Italian motorcycle manufacturer Moto Guzzi.

Indeed, the press release announcing the collaboration is laden with the language of synergy: “a meeting-point of sensibilities, a synthesis in the street … a dichotomous melding … a clash of worlds, a crash of opposites. This collection discovers not divergence but convergence, a mirror of approaches, obsessions and meanings that unify the two brands in a single aesthetic expression.” Gucci and Palace have both had a busy couple few years of linking and building, separately; the former with its Balenciaga “hacking,” a capsule with Comme Des Garçons, and Guccididas; the latter, buzzy collabs with Calvin Klein, the Benz subsidiary Mercedes-AMG, and Arc’teryx. And while collaboration is written in the DNA of a streetwear brand like Palace, it has also rapidly become a staple of Michele’s Gucci.