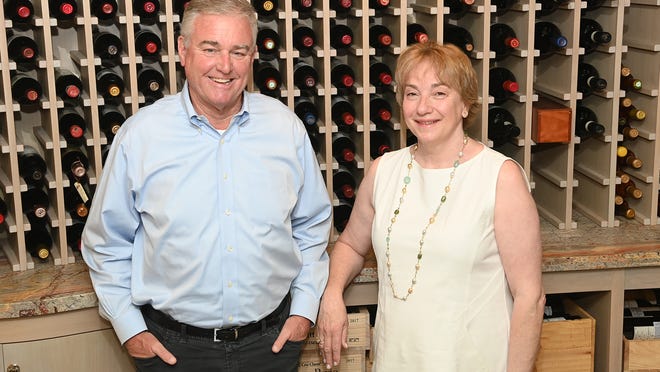 Among the many concerning side-effects of the coronavirus pandemic is a quietly escalating crisis among children and young adults — rising rates of mental illness.

But a new gift to Furman University will allow the school to confront this challenge head-on, supporting students as they build the emotional resiliency required to navigate an increasingly complex world.

On Tuesday, Furman announced that Congressman David Trone has donated $10 million to the university, much of which will fund an expansion of mental and emotional wellness programming on campus.

“In this day and age, it is vital that we work together to break the stigma surrounding mental health, ensure tolerance in our diverse communities, and equip our students with the tools and resources to succeed,” said Trone, who made the gift through the David and June Trone Family Foundation.

Trone, a 1977 graduate of the university and a Democratic U.S. Representative from Maryland, is also the founder and co-owner of the retail chain Total Wine and More. A longtime champion of mental health initiatives in Congress, he is the founder and co-chair of the Bipartisan Addiction and Mental Health Task Force and also co-led the U.S. Commission on Combating Synthetic Opioid Trafficking.

Trone’s family has struggled with addiction and mental illness for generations. He was inspired to seek office in 2016, he said, in part by a beloved nephew’s battle with substance abuse. The nephew, Ian Trone, later died from a fentanyl overdose.

Mount Mitchell Eco Retreat:Experience wellness and the healing power of the great outdoors

David Trone’s gift, said Furman University President Elizabeth Davis, will allow the university to take its mental health services “to the next level.”

“We’re excited to help students learn how to be mentally fit just like we want them to be physically fit and academically fit,” she said. “It really creates a robust student experience.”

$1 million will go to renovating the Furman counseling center, expanding space for group therapy, mindfulness practice, and other programs. The renovations are expected to be completed later this year, Davis said.

The remaining $7.5 million will create the Trone Family Fund for Student Mental Health and Well-being, which will maintain a diverse staff of providers capable of adapting as methods of care evolve.

Davis called the school’s strategy around mental health “proactive rather than reactive,” describing “a scaffolding approach” that will equip students with important skills for maintaining mental and emotional wellness.

Key to that strategy, Davis said, is the “most innovative” part of Furman’s initiative — its “integrative approach” to mental and emotional wellness.

“We want to be upfront about the importance of wellbeing as foundational to a student’s success inside and outside the classroom,” she said.

Davis added that the gift will support specialized training for faculty to identify students in crisis, enabling timely intervention and support.

Furman, she observed, is especially well-equipped to implement this integrative strategy because the university already fosters a campus-wide culture of collaboration.

As for when students can expect to feel the benefits of Trone’s gift — “immediately,” Davis said. The university has already hired a health and wellbeing coordinator who started in the new role earlier this month.

But Trone’s gift is not exclusively dedicated to mental health services. The remaining $1.5 million of his $10 million donation will create the Hillel Endowment Fund to cultivate “a more robust Jewish life for all students and the broader community,” the university said in a press release.

“We have a robust religious life group, but we really need more resources and more rabbi time for our Jewish students,” Davis said.

Davis pointed out that spirituality is often an integral part of a student’s well-being. In that sense, both of the initiatives funded by Trone’s gift, the Hillel Endowment Fund and the Trone Family Fund for Student Mental Health, will support student wellness.

Students at Furman, Davis said, will reap the rewards of Trone’s gift — not only in the present but “for generations to come.”