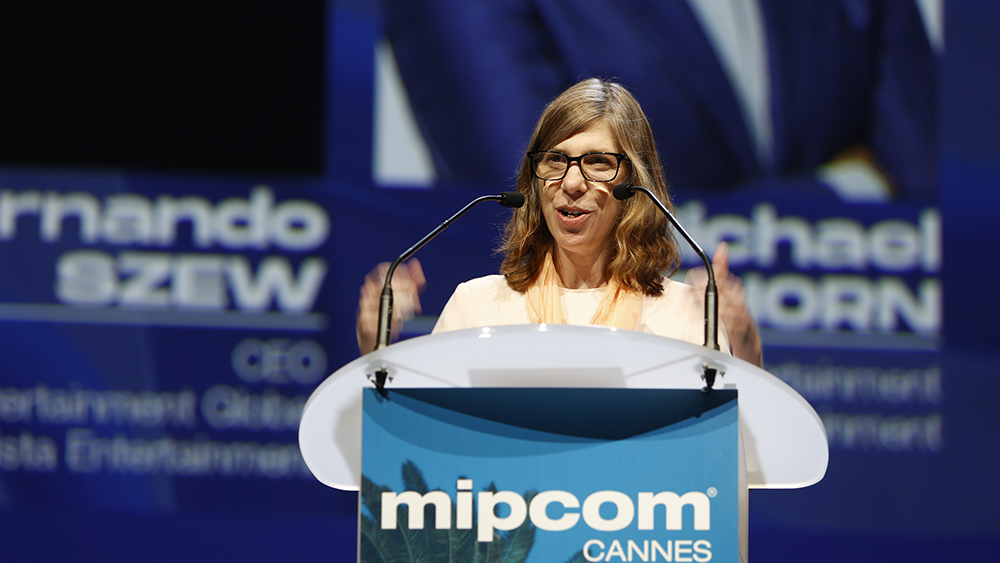 CANNES – The newly constituted senior entertainment team at Fox Corp. came to Mipcom this year with checkbooks in hand.

The trio of executives who offered the keynote address Monday evening at the international content conference were blunt in telling the crowd that they came to make some new friends around the world and strike some deals. The company is bucking the trend in media toward direct-to-consumer subscription platforms. Fox is putting its resources into content and IP that can travel around the world and be adaptable in many forms.

“While others are trying to hide their content behind paywalls, we are doing the opposite,” said Rob Wade, who was promoted this month to CEO of Fox Entertainment (“I’m 10 days in to the job,” he noted with a smile on stage). “We see the potential of working with (outside) networks, producers and distributors to be able to get our content out there further.”

Wade was joined on the panel by Fernado Szew, CEO of the newly created Fox Entertainment Global arm, and Michael Thorn, Fox’s president of entertainment who focuses on scripted content and animation. The trio outlined their areas of focus for the company that was created in 2019 following the sale of 21st Century Fox to Disney.

Asked what was on his wish list list for this week in the Cote d’Azur, Wade said: “Nimble, smart production deals.” To buttress the point, he observed early on in the half-hour session, “We have our checkbooks with us.”

Szew came into the Fox Corp. fold late last year when the company acquired his L.A.-based production banner MarVista Entertainment. The executive trio emphasized that Fox is looking for assets and projects that can generate a range of entertainment fare for the Fox broadcast network, the company’s Tubi ad-supported streamer and for Fox’s local TV stations. Recent acquisitions such as the TMZ TV and digital operation and Gordon Ramsay’s Studio Ramsay were designed to expand those brands with

“We’re very much looking at like-minded people on the creative side and distribution side,” Szew said. “We’re shopping for formats and international partnerships.”

Thorn emphasized that the new-model Fox has the benefit of having a big footprint in the TV eco-system – shows like “9-1-1” and “Lone Star: 9-1-1” still bring in more than 10 million people a week – but the ability to act like a boutique when it comes to launching new series.

“When you think about some of the other platforms that we compete with in streaming who are dropping maybe 15 series a month, we do much less than that a year,” Thorn said. “So each one of our shows is a favorite child, as opposed to one of many. That care and attention from the whole company we think is quite unique.”

Wade, the former Fox alternative programming chief who was promoted last month after his predecessor, Charlie Collier, exited the company for a new role at Roku, stressed that one of the benefits of rebuilding a leaner media company over the past three years has been the ability to avoid the pitfalls of precedents, contract templates and internal studio obligations that complicate TV dealmaking. He noted as an example that Fox production units are now tapping into internal resources to turn out documentaries for Tubi and Fox Sports.

The same desire to jumpstart what can be a slow development process is happening in Thorn’s arena of animation and scripted. “We’ve started optioning a lot of material ourselves that we can own and build out in international way,” Thorn said.

In all, the session with the Fox trio reinforced how much the moment has changed for the media brand that pioneered the concept of vertical integration between network platforms and studio production in the 1980s. The new-model Fox is much more of a free agent in the 21st century eco-system.

The mantra is to “find the best ideas. to make them at the most beneficial cost with the best producers and the best business models,” Wade said. “Our goal is for everyone to win.”