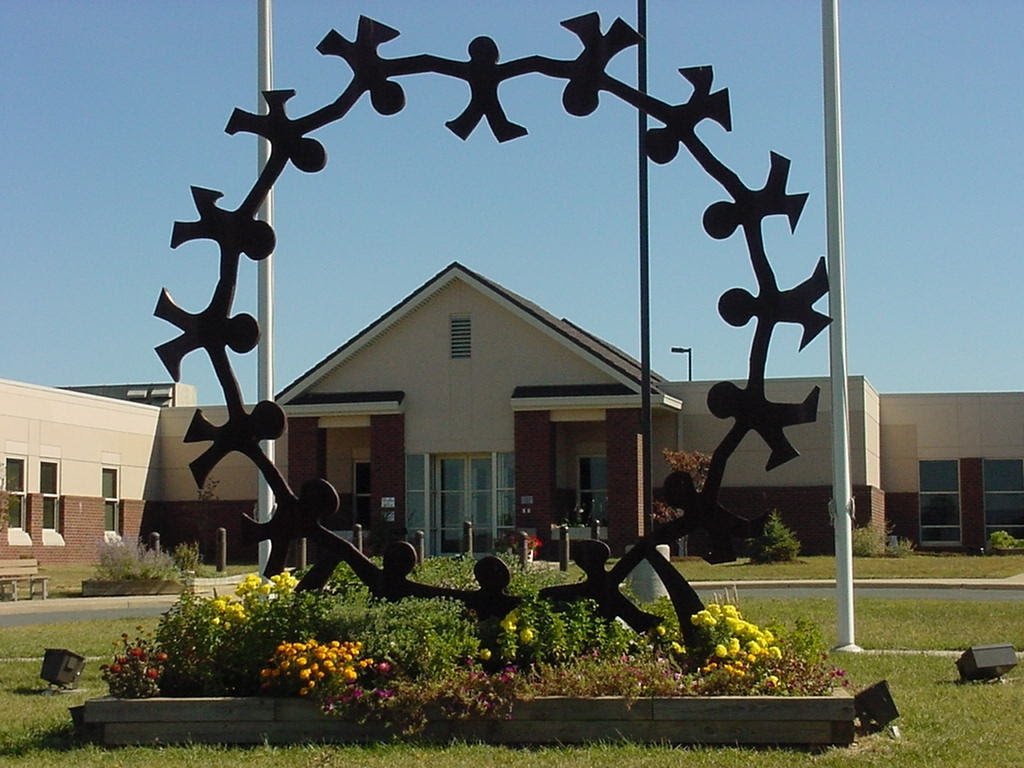 At the beginning of April, Gov. Glenn Youngkin made a startling announcement: Over the last year, more than 150 foster children in Virginia had spent at least one night in government offices, hotel rooms or local emergency departments due to a lack of available placement options.

The governor convened a task force with an immediate goal of ending the practice by July 1. Over the course of a month, dozens of experts from local social service departments, private providers and statewide agencies worked to find places for still-displaced kids to stay. One director with Virginia’s Department of Medical Assistance Services began calling the state’s contracted health plans directly, managing to locate six beds over the course of a single weekend.

On Tuesday, a little more than four weeks after the initial news release, Youngkin reported a major milestone. Over the past weekend, not a single child in Virginia had been forced to spend the night at their local social service department — the result of “tremendous work” by task force members, he announced at the launch of the state’s new Office of the Children’s Ombudsman.

“It’s not a broad framework — it’s shoe leather,” he said. “It’s passion, it’s caring.” The victory, however, was short-lived. Two days later, at a meeting of the State and Local Advisory Team for high-needs children, James City Social Services Director Rebecca Vinroot told members that a kid in the system had just been released from juvenile detention and didn’t have a home to go back to. In the meantime, the child was sleeping at a local social service agency.

“Until there are systemic changes that are made, we’re going to keep having these kids crop up,” she said. “Even after we handle these cases we’ve been working on.”

Long-time workers in the field say it’s an issue that’s been percolating for years, despite its recent snowball to crisis-level proportions. The children struggling to find placements in Virginia’s foster care system are all older — most 10 and above. They’re often highly traumatized and many have spent years bouncing from placement to placement. Most are considered high-acuity, with behavioral health needs often co-occurring with other diagnoses, from deafness to developmental disabilities.

Andy Crawford, director of the Bedford County Department of Social Services, said local agencies have had trouble finding homes for a small percentage of children under their care. But over the course of the COVID-19 pandemic, that trickle became a flood. Experts can point to many contributing factors, but almost all say it’s an off-shoot of Virginia’s broader psychiatric crisis.

“This is really a mental health emergency that’s impacting child welfare,” Crawford said. “And that’s what we’re really trying to clear up.”

It stems back to a lack of treatment options for some of the state’s most vulnerable residents. Last summer, severe staffing shortages forced more than half of Virginia’s state-run mental hospitals to close to new civil admissions. While facilities have gradually reopened over the last 10 months, ongoing recruitment and retention challenges continue to limit capacity. At the Commonwealth Center for Children and Adolescents, for example — the only state-operated psychiatric hospital for patients under 18 —  only 18 of 48 beds are currently operating.

The ongoing bed shortages have a cascading effect on the child welfare system. Some of the kids spending nights in emergency rooms are foster children under the custody of local social service agencies waiting for mental health treatment. An increasing number end up sleeping in local government offices if their temporary detention order expires before an inpatient bed becomes available.

But staffing shortfalls aren’t unique to state-run psychiatric hospitals. Over the course of the pandemic, local departments, private providers and other supporting agencies have been grappling with ongoing vacancies, making it harder to find placements for children with more intensive needs.

Group homes and residential treatment centers are just one example. Given the high needs of displaced children in Virginia, many struggle to stay in foster homes. Others spend time in juvenile detention facilities or cycle through multiple congregate care placements. And many local agencies depend on those more institutional placements for children with a history of difficult behavior.

But like the state’s mental hospitals, many have experienced a crisis in staffing since the start of the pandemic. Scott Zeiter, chief operating officer for the nonprofit service provider Grafton, said the company’s residential psychiatric treatment center in Berryville historically operates at a capacity of 70 beds. Over the pandemic, that number has dropped to 40 due to ongoing worker shortages. The same problem is facing congregate facilities across the state, fueling the shortage of placements.

“The pressure is there every minute of every day,” Zeiter said. “That’s where the rubber meets the road — it comes down to the number of beds we can deliver. And when I talk to other providers, I hear very similar stories.”

Funding is another compounding factor. Some local social service agencies say the state’s low rate of Medicaid reimbursement to group homes and residential treatment facilities lead some to accept a greater proportion of children from out-of-state. While Virginia Medicaid caps daily payments, Zeiter said other states often agree to higher rates more commensurate with the true cost of providing care.

Virginia’s complicated funding mechanism for children in foster care — or those at risk of entering the system — is another challenge. Services are typically provided through multiple sources, including Medicaid, local community service boards and Children’s Services Act funding, which typically pays for treatment not covered by health insurance. But both community services boards and CSA funding require a local match, resulting in wide differences in the availability of services across Virginia.

At Thursday’s meeting of the State and Local Advisory Team, a complaints specialist with the Virginia Department of Education said some localities don’t have private day schools — nonresidential academies that typically provide educational services to students with disabilities. The lack of access has led some school districts to push for students to be admitted into residential facilities that also serve foster children.

“They literally don’t have a private day close enough to travel the kid back and forth,” she said. “And now you’ve got more entry into those more restrictive settings because of the lack of resources.”

Regardless of where agencies are encountering bed shortages, they’re putting a major strain on both children and workers. When kids end up in government offices, they’re required to be supervised by two separate staffers who also spend the night in the building, said Crawford, the Bedford social services director. Local agencies are also frequently tasked with supervising foster children if they go into crisis, sometimes commuting hours to local emergency rooms if children are placed with faraway families.

At one point, workers with his agency spent six days commuting to and from Galax — a five-hour round trip — to sit with a child who was stuck in a local emergency room waiting for a psychiatric bed. But the impacts on children can be even worse. Crawford pointed to one child who moved from the Commonwealth Center to a congregate care facility in Missouri. After staff at the home said they could no longer meet his needs, he was moved to another facility in Tennessee. From there, he moved to a home in Virginia and stayed for six days before he had another mental health crisis that put him back in the emergency room.

Some local agencies say the bed shortage appears to be spurring more placements outside Virginia. The state’s Department of Social Services was unable to provide any data on the number of children placed out-of-state during the pandemic or the years preceding it, declining to provide a timeline on when the information might become available.

Experts, though, say the residential bed shortage is just an immediate symptom of long-standing systemic failures. Crawford said the children who are the hardest to place are among the most traumatized in the state’s child welfare system. In many cases, they’ve spent years bouncing between different settings, which can exacerbate or create entirely new mental health challenges.

“Most of these kids have not just come into foster care,” said Lora Smith, the foster care program manager for the Virginia Department of Social Services. “A few weeks ago, we staffed a 13-year-old who had been in care since he was five. The system failed him. There’s no reason for a kid to be in care for eight years.”

It goes back to a lack of support for foster families and intermediate placements for children with more intensive needs. Janet Kelly, a former secretary of the commonwealth tapped to lead the governor’s foster care task force, said many states have a network of professional foster parents — guardians paid to take on the full-time work of caring for high-needs children. But the model is largely nonexistent in Virginia. Other alternatives are also relatively rare, including sponsored residential homes, where families are provided with wraparound services for children with disabilities and other health needs.

Another major issue is with kinship care. Virginia ranks near the bottom of the nation when it comes to placing foster children with relatives or close family friends. State lawmakers have repeatedly refused to provide families with any financial assistance for taking in relatives, even when children need supportive services to help them overcome past trauma.

The most recent legislative effort to establish a comprehensive support system for kinship care died in a House committee earlier this year. But state and local officials say building out those alternatives are vital for preventing a new crisis from emerging.

“As helpful as the staffing was last week, it’s unrealistic that we continue at that pace,” Smith said Thursday, referring to the all-hands-on-deck effort to find beds for displaced children. “We’re at a point where we’re really trying to think outside the box to tackle this in a different way so we can get to all those kids.”