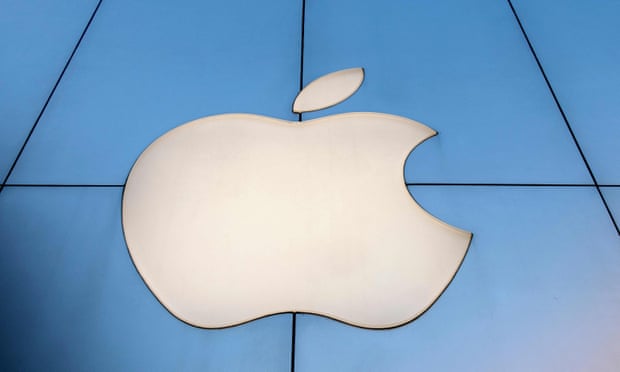 The outgoing Republican member of Congress Liz Cheney, who lost her Wyoming seat last week after being beaten in a primary by a Donald Trump-backed opponent, has announced plans to set up a new political organization.

In an interview with ABC News aired on Sunday, she named Kevin McCarthy, Ron DeSantis, Ted Cruz and Josh Hawley – all of whom openly supported Trump’s lie that electoral fraudsters stole the 2020 presidential race from him and handed it to the eventual victor Joe Biden.

“I’m going to be very focused on working to ensure that we can do everything we can [to] not … elect election deniers,” the daughter of former vice-president Dick Cheney said. “I’m going to work against those people, I’m going to work to support their opponents.”

A dispute over remote work is deepening at Apple after employees hit back at the tech company’s return-to-office orders, and launched a petition saying the firm risked stifling diversity and staff wellbeing by restricting their ability to work remotely.

The petition is in response to an all-employee memo from the Apple chief executive, Tim Cook, who last week said workers would have to come into the office for at least three days a week from September, including Tuesdays, Thursdays and a third day to be determined by individual teams.

The plan is looser than previous proposals that would have forced staff to return every Monday, Tuesday and Thursday, with Cook saying it would “enhance” the company’s ability to work flexibly, “while preserving the in-person collaboration that is so essential to our culture”.

Would remote work improve greater flexibility and thus promote diversity? That is the contention of the group of workers, Apple Together, who have circulated the petition pushing back against Cook’s orders: “We believe that Apple should encourage, not prohibit, flexible work to build a more diverse and successful company where we can feel comfortable to ‘think different’ together.”

Efforts to distribute posters to Texas schools bearing a slogan which many argue has long been used as a tool to forward Christian nationalism have been described as “a basic violation of the separation of church and state”.

A state law recently took effect requiring public campuses to display any donated items bearing the phrase “In God We Trust”. The Southlake Anti-Racism Coalition (SARC) said they were “disturbed” by the precedent the posters’ distribution could set and warned of the effect on students, particularly those who do not practise “the dominant Christian faith”.

“We know that state governments in places like Texas are codifying white Christian nationalist patriarchy into law at an alarming rate,” said Sophie Ellman-Golan, of Jews For Racial & Economic Justice. “The most dangerous examples of this are bans on abortion and gender-affirming care, as well as efforts to censor education.”

Who supports the move? The Council on American-Islamic Relations (CAIR), a Muslim civil rights’ organization, welcomed the initiative and said this might allow for an opportunity for students to learn about other faiths. “The notion of trusting God is common across faiths,” a CAIR spokesperson said.

Stat of the day: endangered sea turtles found on Louisiana islands for first time in 75 years

For the first time in 75 years, hatchlings of the world’s smallest sea turtle species have been discovered on the Chandeleur Islands, a chain of barrier islands in the Gulf of Mexico off the coast of New Orleans.

Wildlife experts at the Breton national wildlife refuge last week reportedly documented more than 53 turtle crawls and two live hatchlings that were navigating towards the sea. The news was particularly uplifting for environmentalists, writes Maya Yang, because the hatchlings were Kemp’s ridley sea turtles, an endangered species.

The BP oil spill resulting from the 2010 Deepwater Horizon explosion significantly affected the Chandeleur Islands, along with various hurricanes and other tropical weather systems in recent years.

Don’t miss this: Brian Stelter rebukes CNN on final show: ‘It’s not partisan to stand up to demagogues’

The host of CNN’s media affairs show Reliable Sources, cancelled last week after 30 years on air, used his final episode to make a pointed rebuke of the network’s new bosses and their intention to pursue a more “neutral voice” to its coverage.

CNN head Chris Licht, who took over after the February departure of Jeff Zucker, has indicated that he wants to tone down the opinion quotient of its shows and “return” to an older, straighter and in his view less overtly leftwing style of reporting. It comes amid criticism the network is broadcasting too much commentary and not enough on-the-ground reporting.

Climate check: five plants that could help feed the world

Today, just three crops – rice, wheat and corn – provide nearly half of the world’s calories. That reliance on a small number of crops has made agriculture vulnerable to pests, plant-borne diseases and soil erosion, which thrive on monoculture – the practice of growing only one crop at a time, writes Cecilia Nowell.

It has also meant losing out on the resilience other crops show in surviving drought and other natural disasters. So here’s a look at five crops: amaranth, fonio, cowpeas, taro and kernza, that farmers across the world are now growing in hopes of feeding the planet as it heats.

Last Thing: are personalised vitamins the key to good health?

As the rapid rise of the personalised vitamin industry has come under increasing scrutiny, journalist David Cox signs up for customised “personal nourishments” to see whether they hold the secret to deeper sleep, weight loss and a sunny state of mind. “It all looks bullshit,” Margaret Rayman, professor of nutritional medicine at the University of Surrey, tells him. “I don’t think there’s much information about any of these things changing your sleep.”

But a vitamin company boss vigorously defends their recommendations, saying that the research reports they use to vindicate the products they recommend are put through an extremely rigorous auditing process: “We use a lot of patented ingredients because of the level of clinical data behind them.”

First Thing is delivered to thousands of inboxes every weekday. If you’re not already signed up, subscribe now.

If you have any questions or comments about any of our newsletters please email newsletters@theguardian.com