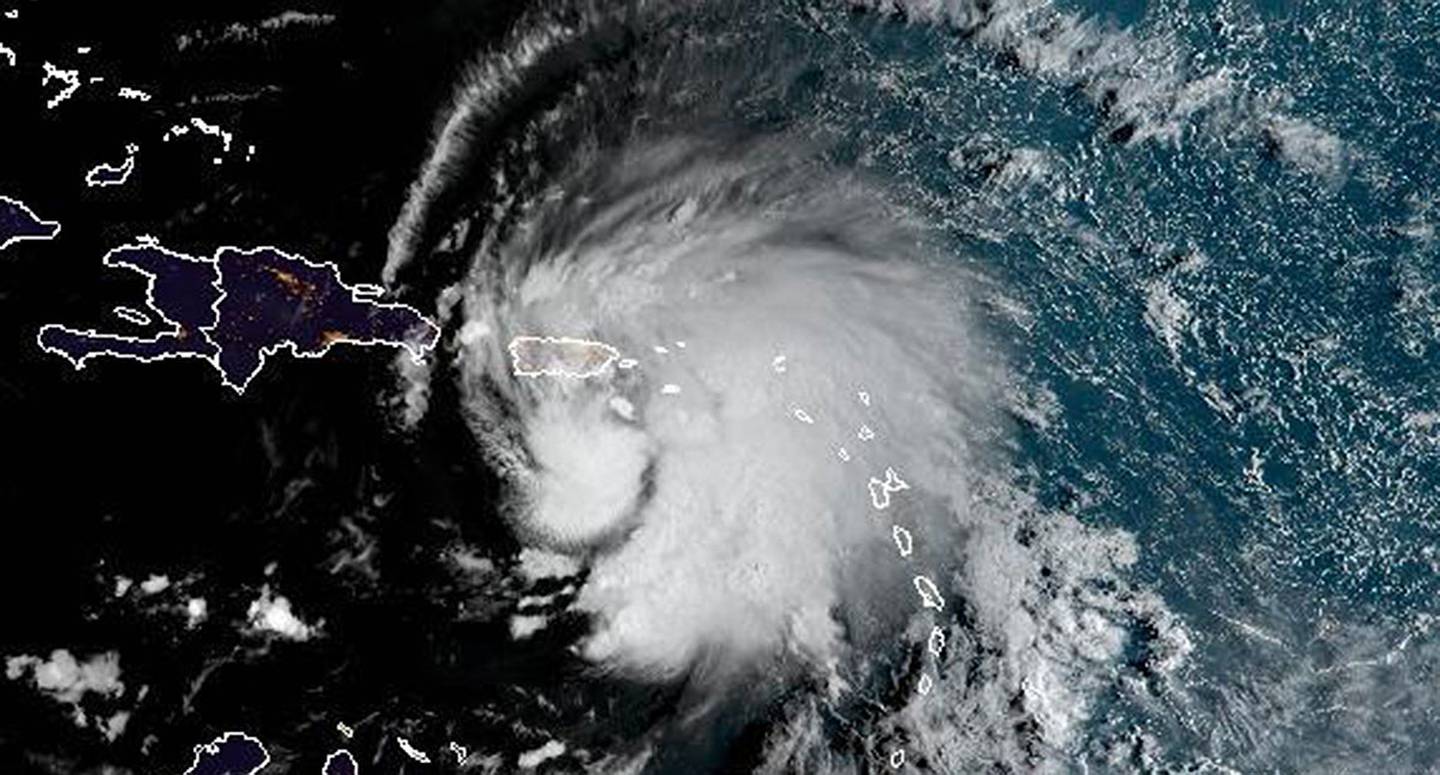 Hurricane Fiona intensified overnight and became a hurricane today. It moves just south of Puerto Rico bringing torrential rain up to 25 inches to some parts of the island.

As of 11 a.m., the National Hurricane Center advisory said its center was located about 50 miles south of Ponce, Puerto Rico with maximum sustained winds of 8- mph moving west-northwest at 8 mph.

“On the forecast track, the center of Fiona will approach Puerto Rico this morning, and move near or over Puerto Rico this afternoon or evening.” said NHC hurricane specialist Brad Reinhart. “Fiona will then move near the northern coast of the Dominican Republic tonight and Monday, and near or to the east of the Turks and Caicos Islands on Tuesday.”

Hurricane warnings are in effect for Puerto Rico and parts of the Dominican Republic with hurricane watches in place for the U.S. Virgin Islands. Tropical storm warnings remain in place for the U.S. and British Virgin Islands, more of the Dominican Republic and a tropical storm watch is in effect for the Turks and Caicos Islands and the southeastern Bahamas.

The system’s intense rain continues to fall over both the U.S. and British Virgin Islands, but now moving over Puerto Rico and expected to begin affecting the Dominican Republic by the end of the day, the NHC stated.

“These rainfall amounts will produce life-threatening flash floods and urban flooding across Puerto Rico and portions of the eastern Dominican Republic, along with mudslides and landslides in areas of higher terrain,” Reinhart said.

It’s expected to drop 12 to 16 inches over the entire island with some areas up to 25 inches.

The storm was forecast to pummel cities and towns along Puerto Rico’s southern coast that are still recovering from a string of strong earthquakes that hit the region starting in late 2019, with several schools still shuttered and debris to be removed. More than 100 people had sought shelter across the island by Saturday night, the majority of them in the southern coastal city of Guayanilla.

With Fiona due just two days before the anniversary of Hurricane Maria, a deadly Category 4 storm that hit on Sept. 20, 2017, anxiety levels ran high across the island. People boarded up windows and stocked up on food and water.

“I think all of us Puerto Ricans who lived through Maria have that post-traumatic stress of, ‘What is going to happen, how long is it going to last and what needs might we face?’” said Danny Hernández, who works in the capital of San Juan but planned to weather the storm with his parents and family in the western town of Mayaguez.

Many Puerto Ricans also were concerned about blackouts, with Luma, the company that operates power transmission and distribution, warning of “widespread service interruptions.”

Puerto Rico’s power grid was razed by Hurricane Maria and remains frail, with reconstruction starting only recently. Outages are a daily occurrence, and fires at power plants have occurred in recent months.

Puerto Rico’s governor, Pedro Pierluisi, said he was ready to declare a state of emergency if needed and activated the National Guard as the Atlantic hurricane season’s sixth named storm approached.

The system’s updated path forecasts it to travel further away from Florida, with the center passing over western Puerto Rico as the system heads more northwest and growing in intensity as it passes to the east of the Turks and Caicos up into the Atlantic and threatening Bermuda by the end of the week as a strong Category 2 system with 110 mph winds and 130 mph gusts.

Already, storm surge and a deluge from Fiona plagued the Caribbean island of Guadeloupe with at least two people reportedly washed away and more than 20 people who had to be rescued by rising waters on Saturday. One was confirmed dead by Sunday.

The storm left behind heavy road damage on Guadeloupe with video on Twitter showing fast-moving floods flowing down streets up to washed out roads and streets flooded up to 2 feet washing away cars.

Projected rainfall had been more than 8 inches in some parts of the island.

Elsewhere in the Atlantic, a tropical wave was detected Thursday midway between the west coast of Africa and the Lesser Antilles islands. The weather system is producing disorganized showers and thunderstorms, and is predicted to slowly develop late this weekend and early next week when it turns northward over the central subtropical Atlantic. The NHC gives it a 20% of forming in the five days.

What had been forecast to be an above average tropical season was mostly quiet in July and August before picking up steam on Sept. 1.

The Associated Press contributed to this report.