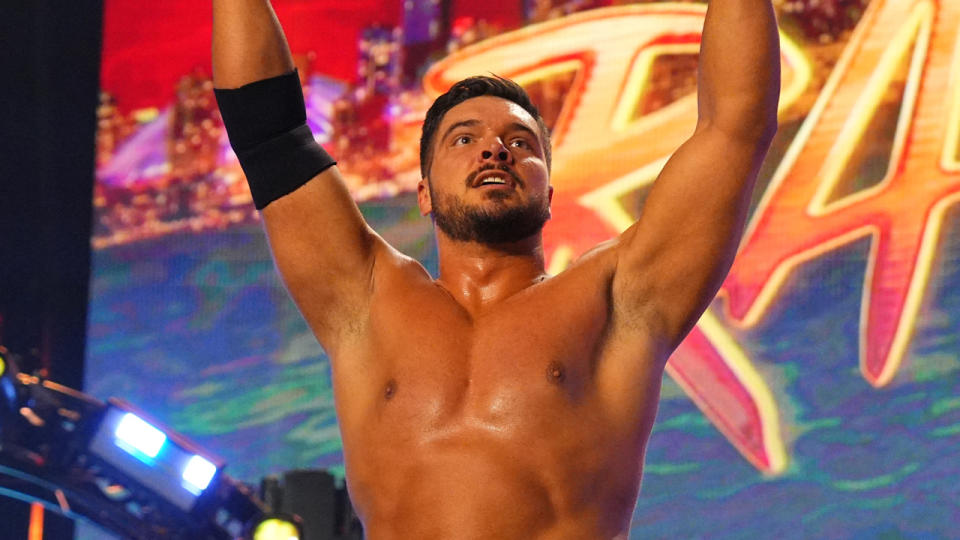 There are multiple veterans at All Elite Wrestling that have helped Ethan Page step up his game as a performer.

Ethan Page recently sat down with Big Rob on the Radio to discuss a wide variety of subjects. When asked if he could name anyone backstage who has helped him backstage at All Elite Wrestling, Page said he could name 20 but tried to keep it to three at first, naming Sting, Arn Anderson, and Jerry Lynn.

“I want to give you a list of 20 people. How about three? Sting, Arn Anderson, Jerry Lynn,” Ethan Page said. “The older I get, the more I’m relating to things that I didn’t understand when I was younger, and it’s changing my game a lot and bringing different aspects to my matches and stuff like that. And those three guys, and you know what I’ll say Jim Ross too.

“Those four have been a big part of kind of molding me into the performer for AEW, whether they even know it or not, to be honest. Just kind of comments in passing or advice that they’ve given or even just affirmation or reassurance that I’m on the right path or doing the right thing. They’ve all been very helpful and integral to my success in the company.”

Page further elaborated on naming Jim Ross and how grateful he is for the advice he’s been given from the WWE Hall of Famer backstage.

“He signed The Rock to his contract. So I mean, for him to compliment me on Dynamite, as much as he does, is like the greatest just because I know the talents that he brought to the table,” Ethan Page said. “And for him to think that I’m one of those potential talents is huge, and it definitely motivates me in many aspects.

“But again, he’s another guy that has worded things in a different way or presented things in a different way to me that have been very eye-opening, very helpful, and beneficial to me. Especially getting the people in the arena to boo me out of the building. This past Wednesday, I think I kind of proved that the advice was very helpful. So yeah, Jim Ross is definitely a guy that’s given me a lot of tools to be able to succeed.”

What do you make of Ethan Page’s comments? How important is it for All Elite Wrestling to have helpful veterans like this backstage? Let us know your thoughts by sounding off in the comments section below.

If you use any of the quotes above, please credit Big Rob on the Radio with a link back to this article for the transcription.

The post Ethan Page Reveals Four Names Who Have Helped Him Backstage At AEW appeared first on Wrestlezone.