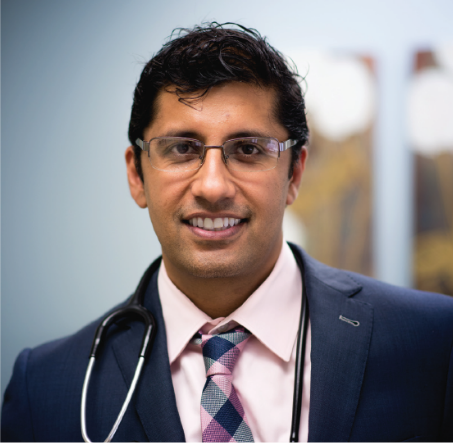 It’s been a while but Anish Koka, a one time regular writer on THCB and occasional THCB Gang member, is back publishing up a storm on his Substack channel. You may recall that his political and clinical views don’t always mesh with some of the wooly liberals we feature on THCB (cough, cough, me), but we are delighted to be back publishing some of his pieces–starting with a look at a tweet from one of America’s most prominent cardiologists.–Matthew Holt

Given Twitter’s commitment to the truth in Medicine, I thought I would try to give them a hand by analyzing a semi-viral tweet about COVID and the heart.

Earlier this year (April 2022), the most influential cardiologist in the world tweeted about a study on the long term cardiac effects of COVID (LongCOVID).

Medical trainees who trained in the early 2000s like I did know Dr. Topol as an absolute legend in the field of Cardiology. He was responsible for seminal work in Cardiology in the 1980’s on the use of clot busting drugs for patients having heart attacks, and became head of cardiology for the famed Cleveland Clinic at the age of 36! (I vaguely recall feeling like I was starting to understand Cardiology at the age of 36.) He’s since moved on to do many other things, and is a potent voice that may have been instrumental in the FDA delaying approval of the mrna vaccines until after the 2020 election.

People who said they didn’t have LongCOVID were recruited as healthy controls and everyone had a cardiac MRI at baseline. Interestingly, almost half did not have COVID antibodies or a COVID +ve test. COVID was confirmed clinically in 245 patients. Since there’s data to suggest long COVID symptoms correlate better with a belief in having had COVID rather than actually having had COVID, this raises some serious questions about the diagnosis being made here. When doing a study where you want to compare those with a disease and without a disease, you have to be meticulous about who falls into each bucket. That isn’t what’s happening over here.

The meat of Dr. Topol’s assertion is that 1 out of 5 individuals with Long COVID have some COVID abnormality and half of those continue to be abnormal at 12 months. This is really scary until you look at what the abnormality they are talking about is.

The definition of abnormal was based on heart function (Ejection Fraction or EF), cardiac volumes (chamber size), and TI signals (typically used to see inflammation). Abnormal was also defined relative to people who were scanned that didn’t have Long COVID. The authors find that the major abnormality for Long COVID is lower heart function (EF). A few things about how the authors found this. Normally comparing two groups involves comparing averages between the 2 groups. In this particular case, the authors chose to separate out those patients with persistently depressed ejection fractions at 12 months, with those who’s ejection fraction at 12 months had recovered. They then make a comparison between healthy controls and this new group of “lower ejection fractions at 12 months”. This is a brilliant strategy to demonstrate a difference between 2 groups when really one doesn’t exist.

Imagine an experiment where you’re comparing a new method of packaging and delivering oranges to the boring old way of package and delivery. At the end of the experiment, split the oranges packaged the new way into 2 groups, one group that has the oranges spoiled, and the other group with the beautiful unspoiled oranges. Now compare the old way of packaging to the group you created without the oranges that were spoiled, and voila we can show the new way is better!

That’s basically what the authors did here. Why the heck would you slice off the worst looking ejection fractions in the longCOVID group at 12 months and compare it to the healthy controls? But even with this sleight-of-hand, the worst performing hearts have an average ejection fraction of 55%. I regret to inform those who firmly believe in the COVID-exploding heart theory that 55% is considered normal in the real world

It is true the healthy controls had an EF of 59%, but even with the bogus comparator here finding the EFs to be statistically significantly different, it is assuredly not clinically significant to any practicing cardiologist. (PSA: If you get an MRI and are found to have an EF of 55%, run away from any cardiologist that tries to tell you that’s bad. )

There are other major issues. We, of course, also don’t have a baseline MRI scan for the long COVID group to know if there actually was any change before and after COVID (why they needed a healthy control group, but that’s a big limitation). The only other statistically significant difference is circumferential strain, and it’s also by an amount that doesn’t appear clinically relevant.

Given the chronic inflammation that is posited to play a role in the syndrome of LongCOVID, the marker to look at ongoing inflammation – T1 times, overlapped nicely with healthy controls.

So the paper that purports to show COVID may have long term adverse effects on the heart is actually reassuring to this non-famous Cardiologist! Dr. Topol’s tweet doesn’t do justice to the preprint he cites, and should not in isolation be interpreted by the general public as evidence that mild COVID may result in long term cardiac dysfunction.