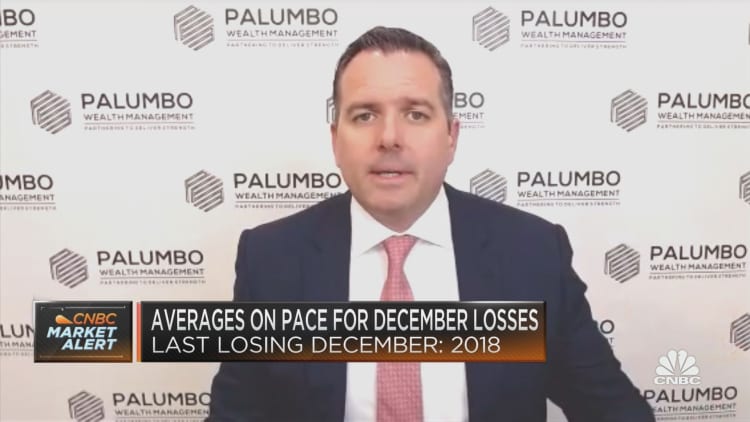 Stocks rose Tuesday as Wall Street shook off a surprise move from the Bank of Japan that sent global bond yields up. Investors also overlooked fears that a year-end rally may not come to pass.

Overnight on Tuesday, the Bank of Japan moved to widen its cap on the 10-year Japanese government bond yield, catching traders around the world off guard. That added to pressure from other hawkish central banks, with both the European Central Bank and the Federal Reserve raising rates last week and stoking recession fears.

“Over 90% of central banks have hiked interest rates this year, making the (mostly) global coordinated effort unprecedented” said Lawrence Gillum, fixed income strategist at LPL Financial. “The good news? We think we’re close to the end of these rate hiking cycles, which could lessen the headwind we’ve seen on global financial markets this year.”

The Dow on Monday shed more than 162 points, or about 0.5%. The S&P 500 fell 0.9%, and the Nasdaq Composite lost nearly 1.5%. Stocks are on track to end the month and the year in the red, and investors’ hopes for a Santa Claus rally are fading fast.

“There’s still no Santa sighting. Buckle up,” said Louis Navellier, founder of growth investing firm Navellier & Associates. “One would like to think all the bad news is in. There are no more Fed moves until February at the earliest. We’re not gapping down but certainly not clawing back last week’s losses.”

A handful of big companies will report their quarterly results this week ahead of the Christmas holiday. General Mills will report before the bell Tuesday. Nike and FedEx are set to report after the bell.

In economic data, housing starts data for November are due Tuesday morning. This week promises lots of insight into the housing industry. Sales data for existing homes and new homes will be released Wednesday and Friday, respectively.

November’s personal consumption expenditures report, a preferred measure of inflation for the Fed, is due on Friday.