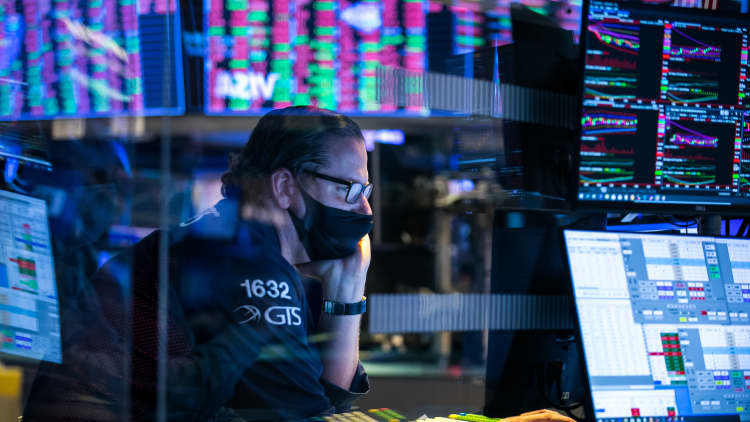 Stock futures slumped Thursday, putting the major averages on track to give back some of the sharp gains seen in the previous session, as bond yields resumed their upward march.

The 10-year U.S. Treasury yield rose to 3.8%, resuming its ascent after dropping the most since 2020 the prior day.

The moves followed a broad rally for stocks a day earlier, as the Bank of England said it would purchase bonds in an effort to help steady its financial markets and the cratering British pound. Sterling has stooped to record lows against the U.S. dollar in recent days.

It marked a stark shift from the aggressive tightening campaign many global central banks have undertaken to cope with surging inflation.

The Dow on Wednesday gained or 1.9%, while the S&P 500 rose nearly 2% after hitting a new bear market low on Tuesday. Both indexes snapped six-day losing streaks.

As stocks rose and the BOE shared its bond-buying plan, the yield on the benchmark 10-year Treasury note dropped the most since 2020 after briefly topping 4%.

“We are skeptical that the calmer mood in markets on Wednesday marks an end to the recent period of elevated volatility or risk-off sentiment. For a more sustained rally, investors will need to see convincing evidence that inflation is coming under control, allowing central banks to become less hawkish,” UBS’ Mark Haefele wrote in a Thursday note.

Wednesday’s rally put the major averages on pace to eke out small gains for the week, but they are still on track to cap off their worst month since June. The Nasdaq Composite is leading the monthly losses, down about 6.5%, while the Dow and S&P are on pace to close 5.8% and 5.9% lower, respectively.