Stakeholders raised concerns Tuesday night (June 14) about the prospect of a temporary moratorium on new residential housing building permits around the Fort Smith Regional Airport, saying the moratorium could cost developers millions and stall the development of much needed housing in the area.

Speaking during Tuesday’s Fort Smith Board of Directors’ study session, City Administrator Carl Geffken said the moratorium, which would last no later than Dec. 31, 2023, is needed in order to keep any roadblocks from hindering Fort Smith’s chances of being chosen as the site for a pilot training center to be housed at Ebbing Air National Guard Base.

The moratorium would allow the city the time to conduct a noise study and consider potential new requirements for newly constructed residential projects in the area. If the city were to allow new construction without any extra requirements, it could hurt the city’s chances of getting the new mission, Geffken said.

“Building more homes in that area (right now) will jeopardize us getting the project,” Geffken said.

It is anticipated that the draft Environmental Impact Statement (EIS) associated with the increased military use of the airport will be available later in 2022. It is anticipated that the Federal Aviation Administration (FAA) will require and participate in a new noise study for the Airport in the calendar year 2023, City Attorney Jerry Canfield said in a letter to Geffken regarding the moratorium.

Ebbing Air National Guard Base in Fort Smith, the home of the 188th Wing, was selected in 2021 by acting Secretary of the Air Force John Roth to be the long-term pilot training center supporting F-16 and F-35 fighter planes purchased by Singapore, Switzerland and other countries participating in the Foreign Military Sales (FMS) program. The initial schedule has Ebbing receiving the Singapore F-16s in 2023 and the F-35s in 2024.

The jets would impact the noise levels in the area, which could necessitate more building regulations in residential projects going forward. Those regulations could include sound proofing or proper windows.

Clifton Cabaness II, who has been attempting to get a planned duplex complex permitted for the area, said what he needs is assurance of some sort regarding his $25 million-$30 million project.

“We are learning as we go, but guys I’ve sold $2 million in lots and they thought … there were going to be 400 families in the back. This mixed-use development was approved by you guys three years ago, for residential, for commercial and for industrial,” Cabaness said.

Cabaness said he needs assurance that he either can build or the city can work some sort of economic position trade that is fair.

Kyle Parker, president and CEO of Arkansas Colleges of Health Education, said he too would be affected by the moratorium as it would delay the construction of more student housing in the form of about 146 apartments. Parker suggested the city fast-track finding what types of regulations would need to be added to residential construction in the area by talking to other cities that deal with noise caused by F-35 fighter planes.

“We need this base. We need this (mission) to come in. There is no question about that. We need this as a city. Is there any reason why we can’t talk to the groups that have F-35s, which are 22% louder than F-16s? And find out, ‘what regulations did you do?,’” Parker asked. “Then those, including myself, being affected by that (can) chose to do the building under the requirements that will undoubtedly take place. … To me it’s a pretty simple solution. … Notify everyone if you want to build right now, it’s fine, but you have to build your structure in a way that will make it noise-compliant. That to me is a whole lot easier than saying, ‘Just stop. You can’t build anything in this area whatsoever.”

The board will consider the temporary moratorium at a future board meeting.

Picsello Promises to be Revolutionary Software for a Photography Business 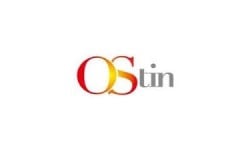