It contained his usual mix of outlandish claims, hyperbole and outright falsehoods, but also something that Trump allies and legal experts said was notable and different: the beginnings of a legal defense.

On nearly every page, Mr. Trump gave explanations for why he was convinced that the 2020 election had been stolen from him and why he was well within his rights to challenge the results by any means available.

What happened at the Capitol on Jan. 6, 2021, Mr. Trump wrote, stemmed from an effort by Americans “to hold their elected officials accountable for the obvious signs of criminal activity throughout the election.”

His statement, while unfounded, carried a particular significance given the intensifying focus on whether he could face criminal charges. If the Justice Department were to bring a case against him, prosecutors would face the challenge of showing that he knew — or should have known — that his position was based on assertions about widespread election fraud that were false or that his attempt to block the congressional certification of the outcome was illegal.

As a potential defense, the tactic suggested by Mr. Trump’s statement is far from a guarantee against prosecution, and it presents obvious problems of credibility. Mr. Trump has a long history of saying whatever suits his purposes without regard for the truth. And some of the actions he took after the 2020 election, like pressing officials in Georgia to flip enough votes to swing the outcome in that state to his column, speak to a determined effort to hold on to power rather than to address some broader perceived vulnerability in the election system.

But his continued stream of falsehoods highlights some of the complexities of pursuing any criminal case against him, despite how well established the key facts are at this point.

And the statement also reflected steps Mr. Trump is taking behind the scenes to build a new legal team to deal with an array of investigations, including into his pressure campaign to change the outcome of the election in Georgia and his taking classified documents with him when he left office.

M. Evan Corcoran, a white-collar defense lawyer and former federal prosecutor brought on by Mr. Trump, was involved in drafting the document, according to two people briefed on the matter. Mr. Corcoran has also represented Stephen K. Bannon, a Trump ally who has been indicted by the Justice Department for refusing to cooperate with the House committee investigating the Jan. 6 attack.

Mr. Corcoran and a spokesman for Mr. Trump did not respond to a request for comment.

The statement came during a week in which the House committee’s hearings drove home Mr. Trump’s potential criminal and civil legal exposure by highlighting testimony from aides and advisers documenting what he had been told, and when, about the validity of his election fraud claims and the legality of his strategy for hanging on to power.

The Themes of the Jan. 6 House Committee Hearings

At its third hearing on Thursday, the committee built a case that Mr. Trump had plunged ahead with a scheme to have Vice President Mike Pence unilaterally overturn the 2020 election even though Mr. Trump had been told it had no legal basis.

The Justice Department is investigating a number of elements of the Capitol riot and the broader effort by Mr. Trump and his allies to keep the White House despite Joseph R. Biden Jr.’s victory. Attorney General Merrick B. Garland has given no public indication that the department is building a case against Mr. Trump, who has long contended that the investigations into the Jan. 6 attack are partisan and unfounded and whose side of the story has not been presented in the House committee’s hearings.

But the panel’s investigation has already generated evidence that could increase the pressure on Mr. Garland to move more aggressively, a course of action that would carry extraordinary legal and political implications. After prodding from the Justice Department, the House committee signaled in recent days that it would start sharing some transcripts of its witness interviews with federal prosecutors as early as next month.

In a civil case related to the committee’s work, a federal judge concluded in March that Mr. Trump and a lawyer who had advised him, John Eastman, had most likely committed felonies in their effort to overturn the election. “The illegality of the plan was obvious,” Judge David O. Carter of Federal District Court for the Central District of California concluded in that case.

Judge Carter cited two crimes that he said the two men were likely guilty of committing: conspiracy to defraud the United States and obstructing a congressional proceeding. Members of the House committee have made similar suggestions, and some lawyers have contended that Mr. Trump could also be vulnerable to a charge of seditious conspiracy.

But successfully prosecuting the potential charges suggested by Judge Carter and others could depend on establishing Mr. Trump’s intent — an issue that his statement this past week appeared to address with the argument that he believed his challenges to the outcome were grounded in legitimate questions about the conduct of the election.

Daniel L. Zelenko, a white-collar defense lawyer and former federal prosecutor, said that in all of the potential crimes that were being looked at in connection with Mr. Trump’s conduct, the Justice Department would need to show that he had the intent to commit a crime. Mr. Zelenko said that while the new details revealed by the committee would help prosecutors in proving intent, the government still had a range of other issues to overcome in building any prosecution.

“The key is having contemporaneous evidence that he was saying that he knew the election was not stolen but tried to stay in power anyway,” said Mr. Zelenko, a co-chair of the white-collar defense practice at Crowell & Moring. “The problem with Trump is that you have to try and get inside his mind, and he has such a history of lying and pushing falsehoods that it makes it difficult to determine what he really believes.”

Aside from the evidence the committee has already revealed, the panel has received other testimony that undermines Mr. Trump’s claim that he thought he really won the election. According to two people briefed on the matter, Alyssa Farah Griffin, the White House communications director in the days after the election, recently testified to the committee that Mr. Trump said to her in November 2020 words along the lines of: Can you believe I lost to Mr. Biden?

In a television interview last fall, Ms. Griffin, who did not respond to a request for comment, acknowledged one of the complicating factors in determining what Mr. Trump may have believed. She said Mr. Trump might have changed his mind in the aftermath of the election.

“He told me shortly after that he knew he lost, but then, you know, folks got around him,” Ms. Griffin said on CNN, referring to outside advisers who pushed false election-fraud claims. “They got information in front of him, and I think his mind genuinely might have been changed about that, and that’s scary, because he did lose, and the facts are out there.”

Samuel W. Buell, a law professor at Duke University and former federal prosecutor, said any criminal case against Mr. Trump would have to start with establishing that he had been aware that what he was doing was improper.

“You need to show that he knew what he was doing was wrongful and had no legal basis,” he said. “I’m not saying that he has to think: What I’m doing is a crime. It’s proving: I know I don’t have a legal argument, I know I’ve lost the election, but I’m going ahead with a known-to-be-false claim and a scheme that has no legal basis.”

The House committee’s hearings are not a trial. The panel is free to be selective in what testimony it employs to build a case against Mr. Trump, and the former president has no allies on the committee who can question witnesses or provide information helpful to him.

But the hearings have highlighted a series of witnesses who said that Mr. Trump had been told directly and repeatedly ahead of Jan. 6 that there was no basis to his claims that election fraud cost him re-election.

And the committee presented brief but potentially crucial testimony from Mr. Pence’s chief counsel, Greg Jacob. In a deposition, Mr. Jacob told the panel that Mr. Trump had been told on Jan. 4, 2021, by Mr. Eastman — who was pushing a plan to have Mr. Pence block or delay certification of the Electoral College count — that the scheme would violate the Electoral Count Act, the federal law governing the process.

In investigations that are focused almost exclusively on physical action, like assaults, muggings and murders, prosecutors do not need to focus on proving intent since the link between the action and the harm is typically clear.

The question of intent, however, can be muddy when the crime under investigation involves an action in which the defendant’s state of mind can be hard to establish. The crimes that legal experts say Mr. Trump may have committed — obstructing Congress, defrauding the American people and seditious conspiracy — fall into that bucket.

In those cases, the government faces a series of hurdles it needs to clear to prove intent. The cleanest way is finding evidence that the defendant knew he or she was doing something wrong.

In Mr. Trump’s case, lawyers said, that could take the form of direct evidence that he knew his assertions of widespread election fraud were baseless or that he knew the strategy he was pursuing was illegal.

If the Justice Department could not establish direct evidence of what Mr. Trump knew, prosecutors would need to turn to circumstantial evidence. To do that, they would typically rely on what experts and people of authority around him were telling him about whether the election had really been stolen or what kinds of strategies for fighting the outcome would be legal.

Expert advice is often enough to show a jury what a defendant knew, lawyers said. But that may be more difficult with Mr. Trump because he has such a long history of disregarding experts and his own aides, they said.

Given the challenge of showing what Mr. Trump actually knew, there is one other way prosecutors could show he had a corrupt intent: proving what is often called “willful blindness.”

Under that principle, the government would need to show that Mr. Trump believed there was a high probability that the experts and his aides were telling him the truth when they said the election had not been stolen, but that he took deliberate actions to avoid learning more about why they believed that.

Mr. Zelenko said he understood why many Americans watching the hearings would be convinced that building a criminal case against the former president was a strong possibility. But he cautioned that the standard for using evidence against a defendant is higher in court, where judges almost always insist that prosecutors rely on firsthand testimony, witnesses can be cross-examined and prosecutors need to prove their arguments beyond a reasonable doubt. 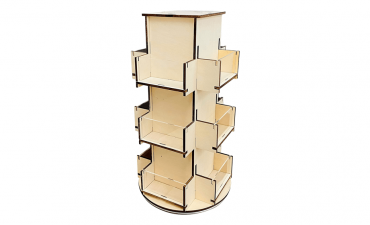