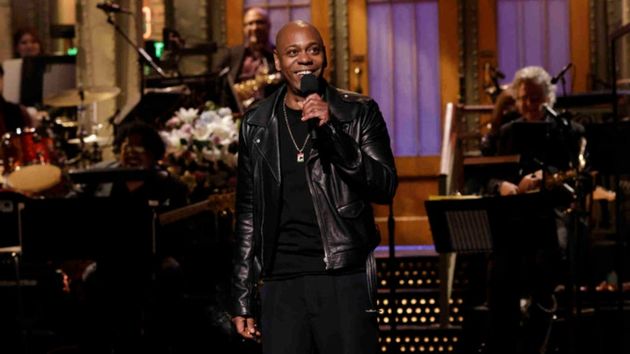 Dave Chappelle‘s monologue may have courted criticism, but his appearance on Saturday Night Live scored the best ratings of the show’s 48th season.

According to Nielsen numbers cited by The Hollywood Reporter, Chappelle’s show last Saturday night attracted some 4.8 million people — this was a jump from the previous week, which was hosted by Amy Schumer; that installment scored 4.3 million.

Overall, ratings for this season — with its pared-down cast — are down 20% from last season, which was the final one for stars like Pete Davidson, Kate McKinnon and Aidy Bryant.

The trade notes that Chappelle’s last turn as SNL host, the post-2020 election episode that scored him an Emmy Award, attracted 9 million viewers, the highest rated show in three years at that point.

Dave’s monologue last week saw the comedian speaking on antisemitic comments that were recently made by Kanye West and Kyrie Irving. However, the segment — during which he said the “delusion that Jews run show business” is “not a crazy thing to think,” but “it’s a crazy thing to say out loud” — drew fire from Jonathan Greenblatt, the head of the Jewish civil rights organization the Anti-Defamation League.

Greenblatt accused Chappelle of “normalizing and popularizing antisemitism.” He noted, “Why are Jewish sensitivities denied or diminished at almost every turn? Why does our trauma trigger applause?”