Ministers are being urged to provide Covid-style support for businesses to head off what’s being called the “cost-of-doing-business crisis”.

The British Chambers of Commerce (BCC) has called for Covid-style energy grants to protect livelihoods.

The BCC warns that smaller businesses hit by increased energy prices are in urgent need of support, including emergency energy grants and a cut in VAT on energy.

>See also: Firms may be offered grants to pay for energy

She said that one of its members had stopped buying raw materials to buy products, even though its order books are full, in order to cover its energy bill.

The BCC has written to the government and the two Conservative candidates in the race to become the next prime minister proposing a five-point plan to help businesses.

The plan also includes giving Ofgem, the energy regulator, more power over the market for businesses, reversing the planned rise in national insurance contributions, a temporary cut in energy VAT to 5 per cent and expansion of overseas work visas to ease the labour shortage crisis.

Haviland said: “Consumer confidence reported at a 50-year low, and the Bank of England’s projections of a year-long recession, demonstrates that the cost-of-living crisis and the cost-of-doing-business crisis are two sides of the same coin.”

Households are braced for Ofgem to double the retail energy price cap to an estimated £3,600 from October. Without a corporate price cap,. small businesses are more exposed to the sharp jump in wholesale energy markets.

The Federation of Small Businesses has called for an energy price cap for small businesses with 10 employees or less, similar to the one for households.

Chancellor Nadhmim Zahawi has reportedly drawn up his own package of proposals to save thousands of small businesses from going under, including grants distributed through local councils – as happened with Covid-19 financial support – as well as temporary reductions in VAT and business rates.

9 of the best business energy suppliers based in the UK

How to Transport Small Items Safe and Intact? Useful Tips for Shippers

What should investing in cybersecurity look like for a technology organization? 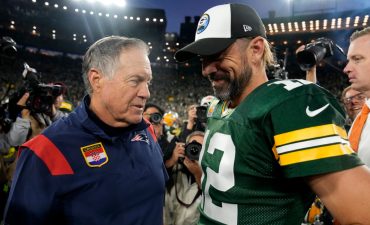 FMIA Week 4: Hurts at Home in Philly, Players and Parents on Football Safety, and the Case for Aaron Donald