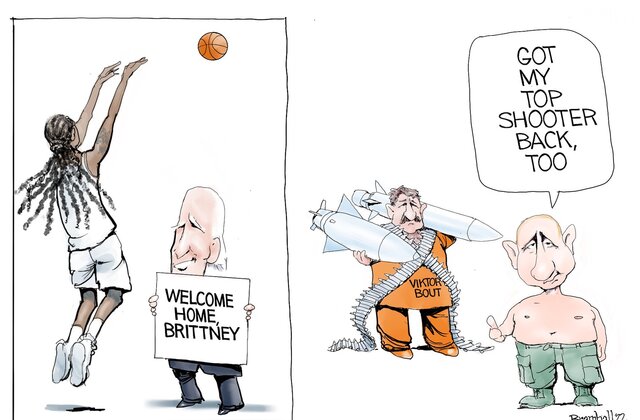 Congress is barreling toward another deadline to fund the government as a possible shutdown looms this week with much left to accomplish on Capitol Hill.

Lawmakers had been expected to leave Washington at the end of the week. But reaching and passing an agreement on funding the government may keep them in the area until the Christmas holiday – or beyond – as the clock ticks on Friday’s funding deadline. Accordingly, lawmakers will likely have to pass a short-term extension this week, granting them additional time to gain support for a full-year package.

At the center of the impasse is a dispute between Democrats and Republicans over how much should be spent on domestic priorities – with more than $25 billion reportedly separating the two sides.

Republicans have argued that recent domestic spending included in legislation approved earlier this year, like the Inflation Reduction Act and pandemic relief, should be taken into account when considering additional spending, citing fears of worsening inflation. But Democrats have said that the spending previously approved should not result in less funding for domestic priorities in the coming year.

“The bills were meant to get us out of the pandemic, get the nation healthy, get our economy back on track, and I believe we’re accomplishing that goal,” Sen. Patrick Leahy of Vermont said on the Senate floor on Thursday. “They weren’t meant to fund the basic functions of the American government in fiscal year 2023.”

But Senate Minority Leader Mitch McConnell argued that spending under a Democrat-controlled Congress during the last two years should be considered in the latest negotiations.

“Democrats just spent two years using the partisan reconciliation process to lavish trillions of dollars on liberal domestic demands while our armed forces were languishing on the back burner,” McConnell said on Thursday. “Obviously we won’t allow them to now hijack the government funding process as well and take our troops hostage.”

With the apparent impasse, the short-term bill or continuing resolution looks likely, as only five days remain before the government would shut down. That short-term extension could push the deadline by a week or even into the next Congress, which some Republicans have advocated for, looking to position the negotiations under a Republican controlled House.

House Minority Leader Kevin McCarthy of California said on Fox News last week that Republicans should “wait until we’re in charge” to push through legislation, including an omnibus spending bill. But multiple outlets have reported that privately, McCarthy – who is expected to become House speaker in the next Congress – supports McConnell’s effort to approve a year-long spending package before the new year, when it could complicate the new Congress’ priorities.

McConnell had previously expressed hope that lawmakers could reach an agreement on a year-long spending package before the new year rather than a continuing resolution. But last week, he told reporters that “time is ticking.”

“I think it’s becoming increasingly likely that we may need to do short-term CR into early next year,” he said. “We’re running out of time and that may end up being the only option left that we could agree to pursue.”

House Speaker Nancy Pelosi of California said during her weekly news conference last week that “our strong preference is to have a bipartisan omnibus bill,” noting that at the time, Democrats still saw a pathway for the legislation.

“However, if we don’t have it, we may be forced to put forth a year-long CR,” she said. “I don’t like that, but it’s much better than the poison that might befall us in another kind of bill.”

The looming deadline sent lawmakers to weekend negotiations. But those appeared to be fruitful, putting on hold Senate Democrats’ plans to unveil their own full-year funding package on Monday without Republican support due to “sufficient progress” in negotiations.

Meanwhile, lawmakers are also looking to approve final priorities in the lame-duck session, before divided government befalls Washington, making legislating much more difficult. Among those priorities is to tie a bow on a must-pass defense bill ahead of the holidays, after the House approved the measure, called the National Defense Authorization Act, last week. The Senate is expected to take up the bill this week before it heads to the desk of President Joe Biden for his signature.