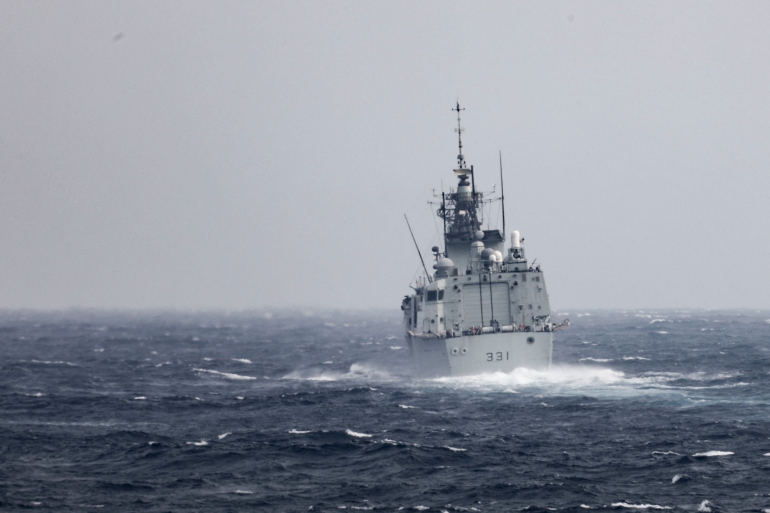 Beijing says the self-ruled island is part of China and has been increasingly assertive over its claim.

Beijing says it is willing to make the utmost effort to strive for peaceful “reunification” with self-ruled Taiwan, after staging major military manoeuvres around the island in recent weeks.

While China claims Taiwan as its territory, the island’s democratically-elected government rejects the claims and says it is up to the island’s 23 million people to decide their future.

Beijing has become increasingly assertive over Taiwan in recent years, and last month began sea and air drills that included firing missiles over the island following a visit to Taipei by United States House Speaker Nancy Pelosi. Pelosi defied a series of stark threats to travel to the island, becoming the highest-profile US official to visit in 25 years and prompting other US and European politicians to follow suit.

At a news conference assessing the past 10 years of cross-strait relations, Ma Xiaoguang, a spokesperson for China’s Taiwan Affairs Office, said that China was willing to make the greatest efforts to achieve peaceful “reunification” but that it was also “unwavering” in its commitment to safeguarding its territory.

Beijing has intensified its claim over Taiwan since Tsai Ing-wen was first elected president in 2016, claiming she is a “separatist” and refusing to engage with her. It has sought to isolate Taipei diplomatically and has not ruled out the use of force to bring the island under its control.

It has also increasingly asserted jurisdiction over the Taiwan Strait, the 180km (110-mile) wide channel separating China from the island of Taiwan, with Chinese warships testing the unofficial sea frontier.

The US, which has diplomatic relations with Beijing, but is committed to providing Taiwan with the means to defend itself, has pushed back against the claims with “freedom of navigation” passages through the strait.

On Wednesday, the US Navy’s Seventh Fleet announced the destroyer USS Higgins, in cooperation with the Royal Canadian Navy frigate HMCS Vancouver, had carried out a “routine Taiwan Strait transit September 20 (local time) … in accordance with international law”.

“The ship transited through a corridor in the Strait that is beyond the territorial sea of any coastal State,” it said.

China said it had tracked the two ships through the channel.

The latest joint passage came a day after President Joe Biden again declared that US troops would come to Taiwan’s aid in the event of a Chinese invasion, despite the longstanding official policy of “strategic ambiguity”.

After Biden’s comments, the White House once again said there was no change in US policy on Taiwan.

China has proposed that Taiwan could be governed under the “one country, two systems” framework that was introduced in Hong Kong after the former British colony was returned to Chinese rule in 1997.

Ma said Taiwan could have a “social system different from the mainland” that ensured their way of life was respected, including religious freedoms, but that was “under the precondition of ensuring national sovereignty, security, and development interests”.

All mainstream Taiwanese political parties have rejected the proposal and it has almost no public support, according to opinion polls, especially after Beijing’s imposition of the national security law in Hong Kong in 2020.

Critics say the law had ‘decimated’ Hong Kong’s freedoms with thousands arrested, pro-democracy politicians disqualified from office or in exile, civil society groups shut down, and media freedom under pressure.

Beijing, echoed by the authorities in Hong Kong, says the law has restored stability after massive protests in 2019.