The plaintiffs claim the insurer acquired local Medicaid carriers to enroll people into its Ambetter exchange products when they lose eligibility for the low-income health program. Centene then named its exchange policies after the Medicaid plans to mislead members into thinking they were enrolling in coverage with similar benefits, the lawsuit alleges. For example: the insurer named its Florida exchange plan “Ambetter from Sunshine Health” after its Medicaid managed-care insurer, “Sunshine State Health Plan,” the complaint says. Six Centene policyholders represented by Wexler Boley & Elgersma filed the suit in U.S. District Court for the Northern District of Illinois Friday.

“Because the federal government is paying up to 90% of the premiums for Ambetter plans, the Ambetter enterprise is defrauding the federal government of hundreds of millions—potentially billions—of dollars every year,” the complaint alleges. The plaintiffs want Centene to refund their premiums and a court order halting Centene’s allegedly illegal practices.

Centene strongly denied any wrongdoing. “Centene and its local subsidiaries have worked successfully with regulatory partners to help members and their families gain access to comprehensive, affordable and high-quality marketplace health plans. This lawsuit is merely one more attack on the health insurance marketplace and the [Affordable Care Act] itself. Centene will fight this lawsuit vigorously and will continue to uphold the important purpose of the ACA to improve the health of our communities, one person at a time,” the company said in a statement.

By failing to pay for services advertised as covered, and by improperly listing providers as in-network, many patients were unable to get needed care, delayed treatment or were forced to pay out-of-pocket, according to the lawsuit. “The provider networks that are represented on Ambetter plans’ websites are simply false and often are just copies of physician directories from other sources,” the complaint alleges.

The proposed class includes as many as 10 million people who are or were enrolled in an Ambetter plan from August 2018 to the present time, and who reside in Arizona, Arkansas, California, Florida, Georgia, Illinois, Indiana, Kansas, Kentucky, Louisiana, Michigan, Mississippi, Missouri, Nebraska, Nevada, New Hampshire, New Jersey, New Mexico, North Carolina, Ohio, Oklahoma, Pennsylvania, South Carolina, Tennessee, Texas or Washington, according to a news release from Wexler Boley & Elgersma.

Centene has previously faced legal challenges over its Ambetter operations, including an ongoing lawsuit in the U.S. District Court for the Southern District of Ohio in 2019 that alleges the insurer advertised inaccurate provider directories and faced network adequacy issues.

38 Fall Finds I’m Buying For My Wardrobe and Apartment 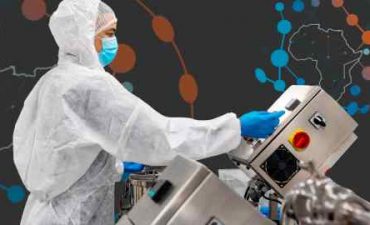