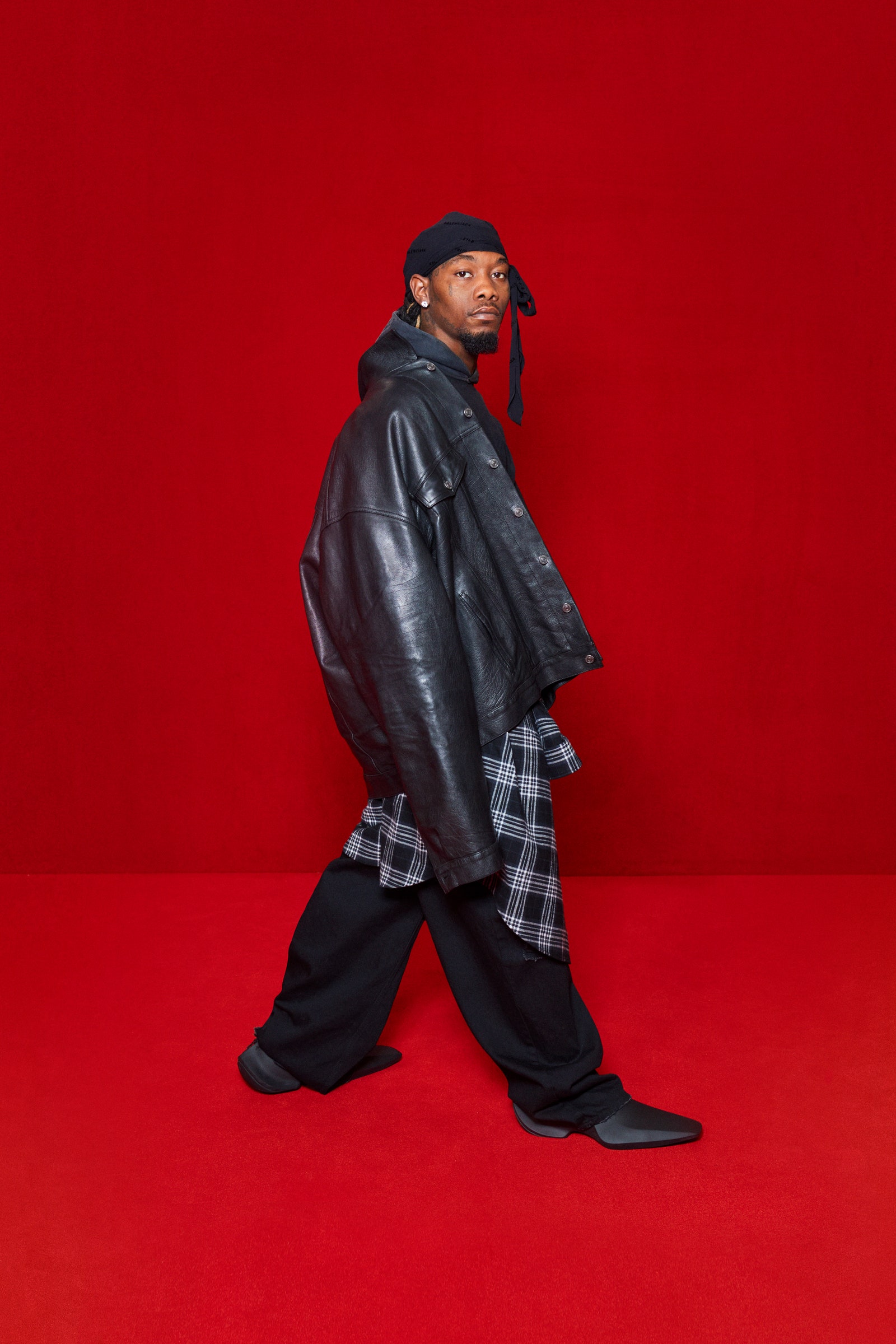 Pant legs have unfurled as of late, blossoming out above ankles and pooling around various footwear of choice. That’s right: flares are happening.

One could peg the great pants bloom to any number of things: general retro nostalgia, or maybe Kim Jones, Alessandro Michele, and the late Virgil Abloh sending them down the runway at Dior, Gucci, and Louis Vuitton for another. But one discernible marker is that Offset, the most fashion-obsessed member of the Migos, was an early adopter to the flares revival. Come to think of it, Offset has been ahead of the trend on several pants-related fronts—and as his wife, Cardi B, put it on Monday night, Offset’s “pant game different.”

En route to dinner for their five-year wedding anniversary, Cardi gassed up her husband’s date-night look—which included a pair of boxy white leather trousers and a color-blocked corduroy letterman jacket from London designer Charles Jeffrey’s brand Loverboy—on her Instagram Story, panning the camera up and down to show his outfit from the backseat.

“Exactly,” he concurred. “And the flares, too.” Before Offset was wearing flares, everybody else was wearing skinny jeans. What’s worse, he added, are those guilty of “mannequin challenge” dressing, meaning they buy and wear clothes exactly as they’re styled on the rack, with no personal flair.

“Buy everything on the mannequin, put it on the same—you know you ain’t got no flavor,” Offset said. “None,” Cardi agreed. Nothing blander than generic drip.

Challenging pants like flares have become a bonafide trend this year, championed by the likes of Harry Styles in his retro Gucci slacks, or Travis Scott in his baggy-flared Dior trousers. (For what it’s worth, Styles and Scott are also ambassadors for those respective brands.) Same goes for leather pants, though those have always been a tricky peak to summit. And surely, ridicule is a constant—remember when everybody gave Ye flack for claiming he invented leather joggers, before everybody started wearing leather joggers?—and despite the skinny pants fatigue Offset alluded to, pant legs may very well taper back up again soon. But so long as clothes continue to evolve, there will always be high-profile tastemakers to act as guides into the sartorial unknown.