Throughout the COVID-19 pandemic, catastrophic wildfires, earthquakes, mass shootings and other devastating crises over the last decade, Mark Ghilarducci has been the guy standing beside Govs. Jerry Brown and Gavin Newsom as they tried their best to update and assuage the fears of an anxious, disaster-laden state.

When the coronavirus outbreak first began to wash across California, Ghilarducci huddled with Newsom and his top advisors almost daily as the world struggled with how to respond to the mysterious, deadly contagion — scrambling for ventilators, scarce N95 masks and other essential personal protection equipment and wrestling with the monumental decision of whether shut down the state to stem the spread.

When the Camp fire exploded in the foothills of the Sierra Nevada Mountains in 2018, Ghilarducci was the one who got the call from Cal Fire leaders telling him the blaze had blown past containment and into the town of Paradise. Eighty-five people perished in what was the deadliest wildfire in California history.

He briefed President Obama near the fallow farm fields in the Joaquin Valley in 2014 when drought held California in its firm grip, and did the same with President Trump when he came to California after the Camp fire and President Biden in the aftermath of the 2020 Caldor fire that forced the mass evacuation of South Lake Tahoe.

Now, after years of phones calls in the middle of the night, missed birthdays and vacations cut short, Ghilarducci is stepping down as director of the Governor’s Office of Emergency Services at the end of the year.

For those who may be unfamiliar with Ghilarducci, he’s spent nearly 40 years in emergency management and public safety, working in some capacity for six California governors going back to Republican George Deukmejian. He served in the Federal Emergency Management Agency during the Clinton administration, and led the federal search and rescue operations after the 1995 bombing of the Alfred P. Murrah Federal Building in Oklahoma City. He was as an advisor to Louisiana Gov. Kathleen Blanco after Hurricane Katrina in 2005.

“I’ve seen so much, from terrorism, from natural disasters, from human-caused disasters, technological disasters. Lives ripped apart. Sadness,” Ghilarducci said. “I’ve also seen the best come out of that. As much as we are thinking that we’re at each other’s throats … I’ve seen people come together, people who have lost everything still stepping forward to help other people who have lost everything.”

Ghilarducci said California has an unfortunate abundance of both natural and manmade threats that could strike at any time and, because of that, the state has spent decades and invested billions of dollars preparing for all contingencies. But he knows, given what he’s seen, that it’s impossible to be “prepared enough.”

“In 2020 we had 12 or 13 major wildfires going. We had the COVID response, a statewide pandemic, and we had civil unrest throughout the state. All happening simultaneously. I mean, any one of those would have been a major response for the state but we were managing them all simultaneously,” he said.

This week, Ghilarducci shared more insights and experiences from his life.

Ghilarducci said the No. 1 worry that keeps him up at night is “the big earthquake that we have not yet seen here in California.” A major earthquake in Los Angeles not only would be devastating to California in damage and lives lost but, given the state’s significant economic influence, the catastrophic impact would also reverberate across the nation and throughout the word.

Imagine the ports of Los Angeles and Long Beach being shut down or California’s aging, half-century-old aqueducts and natural gas and petroleum pipelines and interstate railways snaking through Cajon Pass damaged or destroyed.

“There’s work that needs to be done in the area of preparedness, whether it’s infrastructure hardening and seismic retrofitting,” he said. “Think about this: Some of the gas lines alone in the Southern California basin are 100 years or older.”

The good news is that California has been preparing for earthquakes for decades, Ghilarducci said. Caltrans has retrofitted almost all the overpasses in California to ensure they are seismically sound and the state has invested heavily in an earthquake early warning system. The warnings won’t shield California from a disaster, but may allow trains to slow down, companies to shutdown manufacturing lines, doctors to stop medical procedures and cities to shut off water and power.

The director emphasized, however, Californians must do what they can to prepare. Have a family plan in place so everyone knows where to meet if separated during a disaster. Know the best evacuation routes. Have adequate food, water and medical supplies to last for several days, and an emergency power supply.

“There’s something I call the 911 syndrome. People just think that if there’s an event, they just dial 911 and they’re going to get all this help,” he said. “In big disaster events, that’s just not going to be the case. You’re really are going to be on your own for a little bit.”

Ghilarducci said the Camp fire that destroyed the town of Paradise should serve as a warning to people around California that wildfires are becoming more intense, more explosive and more widespread. The year before, the Tubbs fire shot out of the Santa Rosa foothills, leaped over Highway 101 and decimated the Coffee Park neighborhood, killing more than 20 people. The 2018 Carr fire in Redding, which burned over 200,000 acres and killed at least eight people, became so intense that it conjured a fire tornado with 143-mph winds.

Is it going to get worse?

“I think that the answer to that is yes and no. Look, we’re in a 12th year of drought…. We’re not seeing the moisture that we need. The climate is changing. We have hotter days, more windy days. Winds are a big factor. Our infrastructure is old in some areas,” Ghilarducci said. “We’re not going to fire-fight our way out of the problem. This has got to be something where we as society need to change the way we do business.”

Ghilarducci praised Newsom not only for recognizing the threat California is facing with monstrous wildfire, and providing the resources to put more “boots on the ground” and modernizing the state’s firefighting capabilities, but also the governor’s recognition that climate change poses an “existential crisis” to our way of life in the state.

Enjoying this newsletter? Consider subscribing to the Los Angeles Times

Your support helps us deliver the news that matters most. Become a subscriber.

When the COVID-19 pandemic first hit California, Ghilarducci, the state’s other top health and public safety officials, and Newsom’s executive leadership hunkered down in the State Operations Center outside downtown Sacramento for months. Even though the state had a robust pandemic response plan in place for years, there was no way to anticipate the complexities and challenges they faced with COVID-19 — an unknown deadly virus with, at the time, no vaccine or known effective treatment. Hospitals in New York and in parts of Europe were overflowing, as were their morgues, and hospital intensive care units were reaching capacity.

All the while, California face a recalcitrant Trump administration, which seemed intent on letting states find their own way.

“Did we get 100% of everything right? No, I don’t think you could. I don’t think you knew enough about it. We were faced with a federal government that did not have any supplies, that did not provide any guidance, that we were literally fighting with to be able to save our own people,” he said. “I am immensely proud of the fact that we navigated all of that while being able to take care of the preponderance of our population, with per capita far fewer deaths that we saw in many other places that didn’t have the complexities that California had. “

California was forced to forage for its own supply of ventilators and personal protective equipment during a worldwide scarcity. He said everyday, the Newsom administration faced challenges on how to slow the spread of the virus and care for the sick — decisions that are now the fodder of political sniping and second-guessing.

“Because of the diversity of California, it does not allow for one size fits all. We’ve got underserved communities, we’ve got affluent communities, we’ve got red counties and blue counties,” he said. “We didn’t have time to sit and think and talk about it for a week or two weeks or a month…. We were all living in this facility, which was locked down and super-sterilized, making these very, very critical decisions.”

Ghilarducci has seen firsthand how right-wing violence, much of it committed by white supremacists and radicalized anti-government groups, can have deadly consequences. He was in charge searching for the victims and survivors after the bombing of a federal office building in Oklahoma City in 1995 by Timothy McVeigh, a right-wing militant who killed 168 people, including 19 children, in what remains one of the worst terrorist attacks in U.S. history.

Now he sees a similar pattern emerging, most glaringly with the insurrection movement fueled by Trump efforts to overturn his defeat in the 2020 election with false claims of the vote being “rigged.” The anger among radicalized supporters of Trump, incited by his unsubstantiated allegations, led to the Jan. 6, 2021, attack on the U.S. Capitol to stop the election from becoming official.

Ghilarducci, who also serves as Newsom’s homeland security advisor, said he believes the threats to the U.S. posed by domestic terrorism have now become more prevalent than those from foreign terrorist organizations.

“I think what you saw on Jan. 6 was a prelude to things that could happen again, and probably will, in the coming year,” he said. “Is it 100% on Trump? No. There are a lot of cooperators and collaborators with that ideology that exist in our country, and many of them are leaders. They’re either governors, or mayors or city councilman, or congressmen or senators that are perpetuating myths and disinformation.”

— After years of failed attempts to impose health and safety buffer zones around new oil and gas wells in California, state lawmakers sent a bill to the governor that would require setbacks between those production sites and residential neighborhoods and other sensitive areas.

— Newsom’s sweeping proposal to provide court-ordered treatment for homeless Californians struggling with mental illness and addiction passed the Legislature after lengthy debate that ended in overwhelming approval of the plan.

— California is one step closer to mandating that children attend kindergarten, a requirement that would come after droves of the state’s youngest students skipped the grade during the pandemic, heightening learning gap concerns.

— California is on the verge of making it easier for nurse practitioners to provide abortions, barring coroner investigations following a fetal death and dedicating $20 million to expand access to reproductive care programs in Los Angeles County under bills passed by the Legislature before the body adjourned Wednesday.

Did someone forward you this? Sign up here to get California Politics in your inbox.

Until next time, send your comments, suggestions and news tips to capolitics@latimes.com. 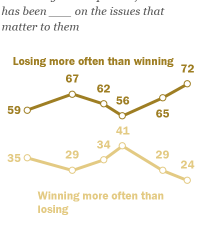 Americans increasingly say their side is mostly losing in politics 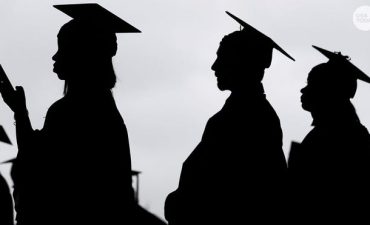 Student loan forgiveness applications will be online soon. How to apply.

The Best (and Worst) Shoe Styles, According to Editors