In May, an eccentric 30-year-old cryptocurrency billionaire named Sam Bankman-Fried made a startling proclamation. In a podcast interview, Bankman-Fried said he would spend as much as $1 billion of his estimated $12.8-billion fortune on American politics by the 2024 election, joining the ranks of megadonors such as George Soros and the Koch brothers.

At the time, Bankman-Fried, raised in the Bay Area by two Stanford law professors, was far from a household name. FTX, the crypto exchange he founded and runs, makes most of its money overseas, and was perhaps best known in America for buying the naming rights for the Miami Heat’s arena.

In Washington, though, Bankman-Fried — known as SBF online — has become a familiar sight on Capitol Hill, meeting with lawmakers, chatting with aides and testifying before congressional committees.

This week, an FTX ad featuring a giant image of the mop-topped billionaire graced a billboard in D.C.’s Union Station, towering over Hill staffers on their way to work. (Bankman-Fried’s famous hair, which makes him look even younger than his years, is available for purchase as an NFT.) And he has opened his pockets as promised, giving at least $34 million to political candidates and causes since January.

Bankman-Fried has offered a simple explanation for his political spending to all who ask, saying that he wants to encourage lawmakers to better prepare for the next pandemic. But on the Hill this year, many of his activities have focused on regulation of his company and of the industry that made him rich.

In a video interview from his office in the Bahamas, Bankman-Fried maintained that his priority is pandemic preparedness and said “many” of his donations “had nothing really, specifically, to do with anything related to FTX.” But he acknowledged a broader agenda.

“I am spending a lot of time talking with members about what constructive things would be on crypto policies and about what can be done to provide federal oversight of it. And so when I go to D.C., that is often what I’m doing,” Bankman-Fried told The Times. “I think that it is really important that there’s federal oversight of the crypto industry.”

First, Bankman-Fried wants the Commodity Futures Trading Commission, rather than the better-funded Securities and Exchange Commission, to oversee crypto markets.

Bankman-Fried has already made significant progress toward that goal. Last week, Sens. Debbie Stabenow (D-Mich.) and John Boozman (R-Ark.), the chair and ranking member of the Senate agriculture committee, introduced the Digital Commodities Consumer Protection Act of 2022, which aims to define cryptocurrencies such as Bitcoin and Ether as “digital commodities” rather than securities, bringing their oversight under the CFTC.

Second, Bankman-Fried and his firm are seeking dramatic changes to how commodity futures markets operate in the U.S. A proposal FTX has pending before the CFTC would allow FTX’s American customers to borrow money directly from the firm to bet on the future prices of commodities and digital assets, including cryptocurrencies. Under the current framework, American retail investors work with brokers to make such bets.

The change would open the door for FTX to grab a chunk of the American derivatives market. Competing exchanges, including CME Group and Coinbase, work with brokers to facilitate similar trades. CME Group opposes FTX’s proposed change.

Boozman and Stabenow, like other members of the House and Senate agriculture committees that oversee the CFTC, have been among the beneficiaries of Bankman-Fried’s political spending. The billionaire donated $26,600 to Stabenow and her allied fundraising committee and $5,800 to Boozman just weeks before he testified in front of them in February. In the weeks after his testimony, Bankman-Fried also donated to Senate agriculture committee members Tina Smith (D-Minn.) and Richard J. Durbin (D-Ill.). Durbin is the second-ranking Senate Democrat.

Bankman-Fried’s co-CEO at FTX, Ryan Salame, has donated large sums to political action committees that have aided members of the agriculture committees. Salame is the largest donor to American Dream Federal Action, a Republican-focused super PAC that has spent over $12 million this cycle. In April and May, ADFA spent $1.2 million on ads and mailers to aid Boozman ahead of his primary.

The FTX proposal pending before the CFTC would restructure the commodities trading industry in three ways, Bankman-Fried said. First, it would allow users to directly access commodity trading venues rather than going through brokerage firms, cutting out a number of middlemen that some in the industry see as vital to its stability.

Second, he argued, it would level the playing field between retail customers and the largest firms by allowing users direct access to FTX’s market data. “I don’t think it is making a lot of sense to be forcing less-wealthy users to access markets in a less direct and often more expensive and less transparent way,” Bankman-Fried said. “Equitable access for markets is really important, it is sort of fundamental to them being the neutral venues that they are.”

Lastly, and most controversially in the eyes of the traditional commodity exchanges, FTX would automatically liquidate the on-exchange assets of users who become too indebted.

FTX’s exchange would be open 24 hours a day, seven days a week and settle user accounts every 30 seconds. If a user became too indebted, FTX would send alerts to the user for them to stay above a minimum threshold. If the user failed to keep their assets above that threshold, FTX would auto-liquidate other on-exchange assets to bring the user’s account back into compliance with its rule. Theoretically, if a user faced repeated margin calls without meeting the minimum threshold, they could lose all the money in their FTX account overnight.

If the FTX proposal is approved, it could increase volatility in the commodities markets, leading to more fluctuations in the prices of products like corn, oil, and meat, Terrence Duffy, CEO of CME Group, testified during a House agriculture committee hearing on FTX’s proposal May 12.

Duffy told the committee that if the FTX model were approved, he would have no choice but to implement a similar system for his clients in the traditional commodities markets. The FTX proposal does not limit the company to trading only digital assets, a point of contention during the hearing. Bankman-Fried said FTX currently has no plans to expand into the traditional commodities markets, but refused to rule out such a move in the future.

“I would support a restriction against physical assets at least until some combination of, like, public engagement, digitization of collateral or something like that,” Bankman-Fried told The Times.

The FTX proposal would encourage speculation, rather than finding stable prices, said Dennis Kelleher, president of Better Markets, a D.C.-based think tank that focuses on accountability, transparency and fairness in financial markets. The proposal “removes a historic layer of protection that has worked extremely well,” Kelleher said. “The markets are going to be transformed in a way that the interests of actual producers and purchasers are going to end up subordinated to speculators and financial products.”

“We have no doubt if the FTX [proposal] is approved, you will quickly see the proliferation and rapid spread of this compressed clearinghouse model,” Kelleher said, echoing Duffy’s warning. “If you have [multiple] of these clearinghouse business models, it’s inevitable, one or two of them is going to end up in financial distress, and when they start to fall, they could very well be dominoes that lead to a financial crisis.”

Bankman-Fried said that FTX has been running a similar model internationally for three years. The system worked well during the latest crypto crash, he argued. Less than 1% of the firm’s customers faced liquidation, he said.

The CFTC declined to comment on the status of FTX’s proposal.

Bankman-Fried wasn’t particularly involved in politics before the 2020 election, when he donated $5 million to Future Forward, a PAC that backed Joe Biden for president.

From there, his political spending took off. Bankman-Fried is the largest donor to Protect Our Future, a super PAC focused on advancing Democrats who “will be champions for pandemic prevention — candidates who, when elected, will have their eyes on the future,” according to its website. He has donated $27 million of POF’s $28 million total raised. His younger brother, Gabe, is the founder and director of the Guarding Against Pandemics, a nonprofit with an associated PAC. The PAC has raised $362,000. Bankman-Fried donated just $5,000 to Guarding Against Pandemics PAC, according to FEC records.

Protect Our Future has spent more than $20 million so far this cycle, including $10 million on a single House primary in Oregon. In the days before the May 12 House hearing where Bankman-Fried testified, ADFA — the super PAC associated with his FTX co-CEO — spent $166,000 on mailers and ads to aid the reelection effort of Rodney Davis (R-Ill.), a member of the House agriculture committee.

“Sam, it was great meeting with you yesterday,” Davis told Bankman-Fried during the May 12 hearing about the FTX proposal. “Obviously as we mentioned, I have some concerns about the issue we are discussing today.” In the weeks after the hearing, ADFA spent another $2 million aiding Davis’ campaign, making him the largest beneficiary of ADFA’s spending.

At a glance, Bankman-Fried and FTX’s combined political spending seems scattershot and mostly to Democrats, but a deeper look suggests a more selective approach focused on congressional leadership and potential swing votes.

Bankman-Fried has donated $5,800 each to key Senate moderates, including Joe Manchin III (D-W.Va.), Susan Collins (R-Maine) and Lisa Murkowski (R-Alaska). He donated $5,800 to Hakeem Jeffries (D-N.J.) and Pete Aguilar (D-Redlands), chair and vice chair of the Democratic Caucus. And he’s given $1 million to the Senate Majority PAC and $6 million to the House Majority PAC, two super PACs devoted to keeping Democrats in control of Congress.

Political donations are “a time-tested way to get access,” said Rep. Jim Himes (D-Conn.). “My sense is that he’s also supporting lots of ventures that are about advancing thinking on cryptocurrencies…. I think [Bankman-Fried] is, like a lot of people, interested in making his voice heard in Washington.”

Himes sits on the House Financial Services committee and has had conversations with Bankman-Fried about the best ways to regulate the crypto industry, but has not received support from Bankman-Fried or Protect Our Future. He also acknowledged Bankman-Fried’s pandemic-related spending.

Six members of the Senate Committee on Health, Education, Labor and Pensions, which oversees the Centers for Disease and Control and Prevention, have received donations from Bankman-Fried, but Bankman-Fried and his allies’ support for members of the agriculture committees dwarfs those outlays.

Mike Levine, a spokesman for Bankman-Fried and Protect Our Future, disputed the usefulness of this comparison, saying that the super PAC “has overwhelmingly spent in House primaries, typically in races for vacant seats, with candidates who were chosen for their commitment to preventing future pandemics.”

While his company’s proposal is pending before the CFTC, Bankman-Fried has continued to spend. In May, he said he could spend anywhere from $100 million to $1 billion in the 2022 and 2024 elections, calling the $1-billion mark a “soft ceiling.”

In June, he gave $16,600 to funds associated with Sen. Kirsten Gillibrand (D-N.Y.) and $105,000 to the Alabama Conservatives Fund, a super PAC that describes itself as devoted to supporting “candidates who will bring true Christian conservative Alabama values to Washington, such as: defending the unborn, protecting our Second Amendment rights…, restoring integrity to our elections, fighting the socialists who want to change our country,” among others.

Bankman-Fried can afford to spend a lot more: The $34 million he’s handed out so far this year amounts to only 0.26% of his reported $12.8-billion net worth. “I think that there are, in some ways, surprisingly little money in politics,” he said in the podcast back in May.

But intervening in just a handful of elections can quickly grab the attention of every member of Congress. “One of their goals is not to just influence the race that they’re putting money into, but to create fear in everybody else,” Rep. Brad Sherman (D-Northridge), one of Congress’ leading crypto skeptics, said of the industry’s political spending. “You play in five to 10 races, but you send a message to 435 members of the House: ‘We could be coming after you.’” 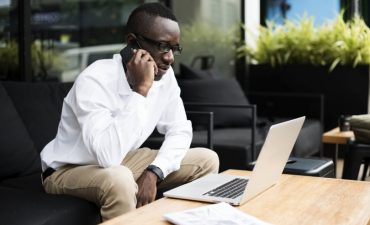