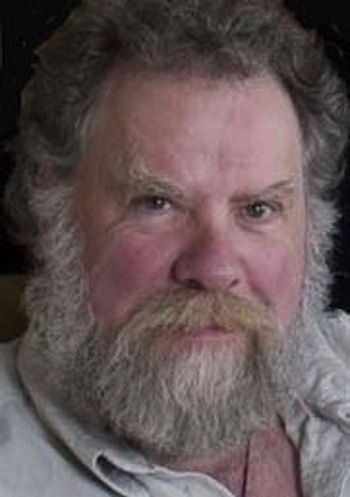 The new media advocate, curator, and artist mentor passed away at the age of 72.

George Fifield, founder of the Cyberarts Festival and Boston Cyberarts, curator, scholar, arts administrator, creative mentor, videographer, educator, and a major champion of fusing art with technology, passed away on November 11 at the age of 72 from complications that followed a devastating fall that occurred at his Martha’s Vineyard home early last summer. Fifield was a larger-than- life character, a gentle bear of a man who was kind and generous to all who encountered him. He was a Johnny Appleseed for the new millennium, sowing the seeds of the virtues, appeal, and potential of art and technology. He also was responsible for assisting hundreds of artists through his development of venues whose exhibits spotlit visually compelling and often technically provocative artwork. A major presence in Boston, New England, and the world’s cultural communities, his presence and vision will be severely missed.

Fifield was born in Wisconsin. His interest in cutting edge art was ignited by his father’s collection of Pre-Columbian art. Thus began Fifield’s life-long fascination with history, anthropology, and popular culture. Progressively educated at an experimental college in Florida, he became fascinated with how the wonder and magic of the creative spirit could be expressed through visual beauty. His dedication to aesthetic serenity infused his personality: he was that rare individual who had no hard edges in his interactions with friends and strangers. There was a lyrical sweetness to his sensibility. To many artists, his full beard and baritone voice became signs of his artistic benevolence, his generous embrace of a vast array of creative expressions, including digital art, light art, lasers, pioneering analog technologies, video, animation, projections, virtual reality, augmented reality, sound art, biological art and holograms. Highly knowledgeable about the intersection of art and technology, Fifield maintained a keen eye and ear for the next technical advance and its potential aesthetic application.

In a 2015 Arts Fuse interview, Fifield told Debra Cash that “animation, storytelling, dance, nature, every type of variety thrills me. The thrill is watching how artists will take the brand-new technology and make it their own, explore it and sometimes even break it.”

For 18 years, he served as the curator of New Media (art and technology) at the de Cordova Museum and Sculpture Park in Lincoln. A prolific writer and international lecturer, he was an inspiration to emerging artists, curators, and arts administrators throughout the United States and the world. Fifield was a longtime adjunct professor at the graduate programs at Boston University and Rhode Island School of Design (RISD).

To introduce the explosion of art and technology to a wider audience, Fifield founded Boston Cyberarts. He launched the Boston Cyberarts Festival in 1999. This biennial gathering, which was hosted across a range of indoor and outdoor venues, proved to be a culturally beneficial but complicated effort to produce. The festival included numerous discussions and exhibitions: music, dance, and theatrical performances; film and video presentations; educational programs; and lectures, demonstrations, and symposia. The festival was produced seven times until 2011. “The purpose of the festival was to make art institutions and the art-going public comfortable with new media,” he told the Arts Fuse. “By 2011, we could declare victory and go home.” “Home” became Boston Cyberarts Gallery, located above the Green Street MBTA Station in Boston’s Jamaica Plain neighborhood: it is the only gallery located at a subway station in the US. The goal was to support and encourage experimentation in the arts by having a space for exhibitions, events, educational programs, and collaboration with like-minded groups. Fifield used this location to successfully promote a strong sense of creative media and digital literacy — locally, regionally, and internationally.

Because of Fifield’s leadership, Boston Cyberarts consistently brought together members of the new media artistic community while at the same time outreaching to the general public. Established as well as emerging artists could count on firm support. 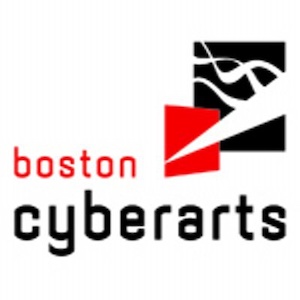 Over the last decade, Boston Cyberarts’ public art projects inaugurated by Fifield included the Harbor Islands Pavilion Project (with the National Park Service) plus several other temporary and permanent programs. Boston Cyberarts and the Massachusetts Convention Center Authority teamed up to create Art on The Marquee, an ongoing program that commissioned public media art for display on its 80-foot-tall multi-screen LED marquee. Dozens of media artists participated.

Recipient of several awards, including recognition as a prestigious Commonwealth Award honoree from the Mass Cultural Council, Fifield also served on several local, national, and international visual arts boards and commissions. These include many years as a member of the Boston Art Commission and, most recently, participation in culture/Now, The Museum Without Walls.

On its website, Boston Cyberarts states that the organization is about “uniting the worlds of art and technology since the last millennia.” Fifield embodied this forward looking, syncretic spirit. In 2015 he told the Arts Fuse, “My joy is picking a concept and actually using it to learn about something I never knew about before.” He infused this pioneering gusto into all who worked or collaborated with him. Fifield’s creative passions, his enthusiasm and curiosity, were contagious — a source of uplift and joy to the Boston arts community and beyond.

A memorial service celebrating George Fifield’s life is to be planned.

Mark Favermann is an urban designer specializing in strategic placemaking, civic branding, streetscapes, and public art. An award-winning public artist, he creates functional public art as civic design. The designer of the renovated Coolidge Corner Theatre, he is design consultant to the Massachusetts Downtown Initiative Program and, since 2002 has been a design consultant to the Boston Red Sox. Writing about urbanism, architecture, design and fine arts, Mark is contributing editor of the Arts Fuse.