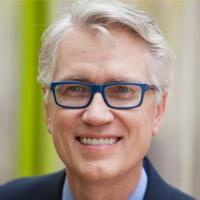 Denver’s Curious Theatre is launching its 25th season of staging cutting-age, contemporary plays – and launching a historic new era under Jada Suzanne Dixon – by bringing in one of the most significant leaders in recent Denver theater history.

“Heroes of the Fourth Turning” is directed by Kent Thompson, who served as the Producing Artistic Director of the Denver Center for the Performing Arts Theatre Company for 12 seasons before his abrupt resignation in 2017.

“I am doing good,” Thompson said after opening his first major creative endeavor in Denver since leaving the Denver Center on Saturday. “I have let that ship sail. I am pursuing my life and my career today and having a good time doing it.”

Thompson, who still lives in Denver, has since published a book, “Directing Professionally: A Practical Guide to Developing a Successful Career in Today’s Theatre,” he’s taught classes at New York University, and he directed Laurel Ollstein’s play “They Promised Her the Moon” at the University of Colorado Boulder. That’s the story of a qualified woman who was denied entry into the space program in the early 1960s.

Dramaturg Christy Montour-Larson, who was named an Artistic Producer at Curious just last week, said Thompson was both the ideal choice and voice to helm Will Arbery’s hot potato of a play.

“This is quite an honor for Curious,” Montour-Larson said. “Kent is one of the greats of the American theater, and to be able to have him at the helm of this thought-provoking play to celebrate our 25th anniversary is a real sign of who we are as we move toward the future.”

Arbery’s play defies conventional stereotypes by presenting a reunion of four conservative friends who attended a small university inspired by Wyoming Catholic University in remote Lander, 350 miles northwest of Denver. They’ve come back together at very different stages of their real-world journeys to celebrate the ascension of their mentor to the college’s presidency.

The arts are often criticized as having a liberal bias. A thoughtful play that presents intellectual conservatives who represent disparate points of view that all land squarely on the right side of the spectrum is practically unheard of.

Thompson is neither Catholic nor conservative, but he is a preacher’s kid, the son of a Southern Baptist preacher with a PhD from the University of Edinburgh. Where he grew up, ignorance and intolerance were forbidden. Plays with religious themes are his sweet spot, including “A Prayer for Owen Meany,” “The Twelve” and the last play he directed for the Denver Center, “The Christians.”

“It was important to me that this not be a play that makes fun of people who practice religion,” said Thompson. “Even though you may disagree with or even detest what they say at times, I think this is a very important story to be told now.”

Now being a time when it is nearly impossible for us to engage in civil discourse because it has become so easy to silo ourselves off from opinions and values we oppose. If we are ever going to return anywhere close to a country with a common middle ground, Thompson said, we have to be willing to stop talking and start considering contrary points of view.

“I really want the audience to think about what it means to have empathy for somebody who is of a completely different political, religious and socio-economic ilk than yours,” Thompson said.

Added Montour-Larson: “If you don’t listen to different perspectives, you never grow.”

After having seeing the play, I’m still not entirely sure whether the playwright is himself a conservative who is trying to give overdue voice to young Republicans in a theatrical setting – or if he is a liberal playwright who is subversively sticking it to them. That’s the fun of it, Montour-Larson said.

“The playwright’s intent was to represent the conservative point of view with the goal of impartiality – and then let the audience do what they want with that access,” she said.

But consider that one of these four college pals is spiraling in a vortex of addiction and inner torment. Another has morphed into a rigid, opportunistic, made-for-FOX News ideolog. One is preparing for war. And the wholly decent woman who represents the very personification of empathy and the old-fashioned Catholic belief that we should all just love each other is, herself, riddled with disease. As if to show that empathy itself is withering away.

“Empathy is endangered, for sure, but I don’t think it’s dying,” Thompson said. “But I do think the playwright is showing us there is a real cost for being empathetic in our culture today.”

Thompson says the timing was perfect for him to be making his directorial debut at Curious, which is transitioning this season from the leadership of co-founders Chip Walton and Dee Covington to Dixon, one of only a handful of Black women leading a major arts organization in Colorado.

“This is a great honor and a privilege,” Thompson said. “I am happy to be supporting a theater that does so much new work and regional premieres. This is a great moment in time for me to give back to the community and to Curious.”

Over three days, the festival presented 60 local and 50 national comedians drawing a paid attendance of more than 2,500 to five concert stages along South Broadway, including the Bobcat Lounge, hi-dive and Chaos Bloom, Denver’s newest improv and sketch-comedy theater at 70 S. Broadway.

Pass-holders were additionally treated to Ken Jeong and Joel McHale’s appearance at the Bellco Arena on Saturday night.

“It was phenomenal,” said Cayton-Holland, who founded High Plains in 2012 after attending a festival in Portland and deciding that Denver needed a smart, cool-kid indie-comedy festival of its own.

“We have a killer comedy scene in Denver, and I thought we needed to shift the national comedy spotlight to Denver for one weekend a year,” he said. Now in its 10th year, the festival draws a growing number of influential industry names, offers panel conversations and is responsible for significant economic impact along South Broadway. And it only happens because Cayton-Holland made it happen.

“I am a DIY guy by nature,” he said. “But I mostly do it because it’s become a hang. This is by far my favorite time of the year. It’s comedy summer camp.”

Nicole Sullivan, founder of BookBar and The Bookies book stores, is the recipient of the 2022 Julie J. Boucher Memorial Award for Intellectual Freedom from the Colorado Association of Libraries. The award recognized Sullivan’s “brave response” to a “slight policy change” by the American Booksellers Association that, Sullivan said, essentially ended the governing organization’s commitment to presenting a united front in upholding free expression.

In other words: Booksellers, from Sullivan’s vantage, have increasingly come to refuse to sell books by authors who have been accused (but not convicted) of objectionable behavior on social media. One ABA board member resigned in protest because of its implications.

“The message conveyed by making this change is unmistakable,” Sullivan said. “The First Amendment was no longer a cornerstone of our mission. They decided to pass the buck and rely on already beleaguered booksellers to shoulder this weighty responsibility.

“Words, stories and ideas are bigger than any one of us and the freedom to not only express them but to access them, whether as patrons or customers, must be protected at all costs. I’m not sure what the future holds for booksellers who don’t respect the rights of their customers to choose and have access to whatever reading material they desire for whatever reasons they have for desiring it, but I will be fighting alongside all of you to not only uphold the fundamentals of our democracy but also our shared humanity.”

Benchmark Theatre launches the regional premiere of Ruby Rae Spiegel’s play “Dry Land” on Friday (Sept. 16th). It doesn’t take a side on the subject of abortion, says director Abby Boes. “It just tells the story of teen female friendships and how they are forced to deal with the predicament they find themselves in.”

Side note: Aria Summer Wallace, the now 25-year-old actor playing the lead role in the play, was Mandy Valdez on the Nickelodeon sitcom “iCarly” from 2008-09 and played Roxy Hunter in the four original Nickelodeon movies of the same name. She now lives in Centennial. “Dry Land” runs through Oct. 8 at 1560 Teller St. in Lakewood …

Opera Colorado opens its 40th season on Saturday (Sept. 17) with “Cavalleria rusticana,” a 75-minute Italian masterpiece about small-town life in Sicily that was originally planned for February 2021 …

Leilani Lynch has been named Associate Curator of the Museum of Contemporary Art Denver. She comes to Denver from the Bass Museum of Art in Miami Beach and is now charged with “advancing the museum’s mission through critical engagement with contemporary issues.” …

The Kirkland Museum has announced the significant acquisition of a window designed in 1901 by Frank Lloyd Wright for the Ward W. Willits House in Highland Park, Ill. The window will be unveiled Sept. 20 and will remain permanently on view. “We are delighted by the opportunity to acquire and display an example from Frank Lloyd Wright’s early work, when he was solidifying the design choices that made him an icon throughout his 70-year career and continuing today,” said Deputy Curator Christopher Herron …

And finally: “The Princess Bride” fans, tweasure this: Comedy Works will screen the classic film on Dec. 10 with special guest Cary Elwes (Westley) in-person at the Paramount Theatre. Tickets are $29.50-$49.50 and on sale now.

When Patients and Politicians Play Doctor – The Health Care Blog