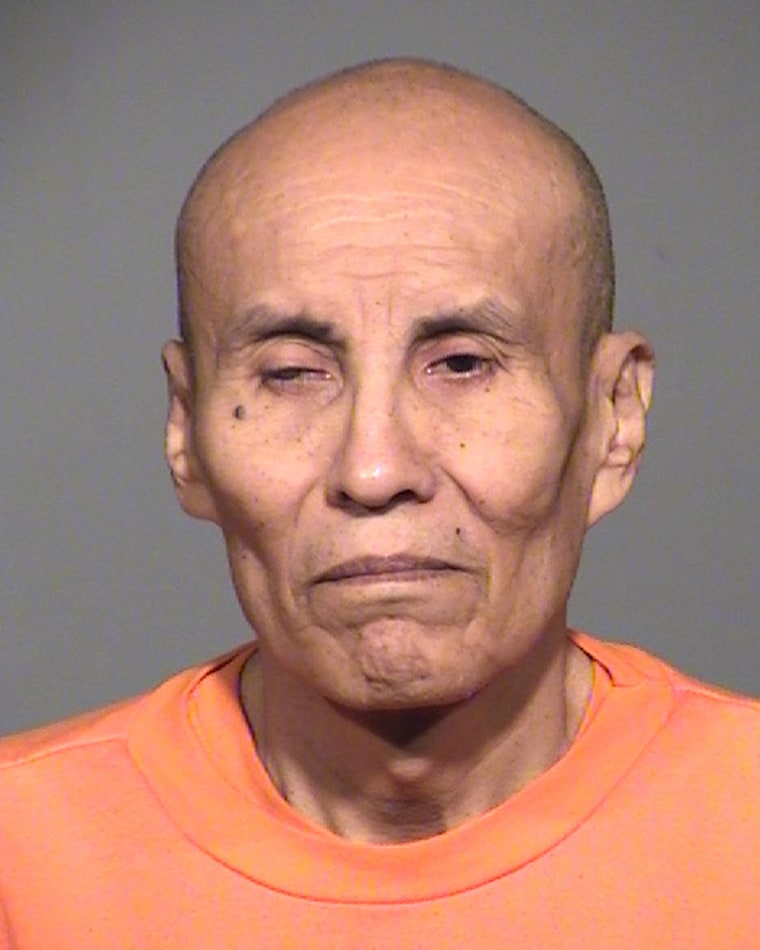 An Arizona man convicted in the slaying of a college student more than 40 years ago was put to death Wednesday in the state’s first execution since 2014.

A bid to spare the life of Clarence Dixon, 66, failed in the courts as his defense lawyers argued that it would be unconstitutional to kill Dixon because he was mentally unfit and unable to understand. His lawyers said Dixon had been diagnosed with paranoid schizophrenia, suffered from hallucinations and was blind and in frail health.

But a federal judge in Phoenix on Tuesday sided with a state court’s conclusion that Dixon was competent, and the U.S. Supreme Court denied a last-minute request to halt his execution.

In his last statement, Dixon condemned the Arizona Supreme Court for denying his appeals, said he would always proclaim his innocence and addressed the victim in his case, Deana Bowdoin.

“Maybe I’ll see you on the other side Deana. I don’t know you and I don’t remember you,” Dixon said in his final words, according to a media representative.

It took 11 minutes for the drugs to be administered, and he was pronounced dead at 10:30 a.m. local time. Another media representative said he had made a gasp upon the drugs being injected, but did not move otherwise.

In the days before Dixon’s death, the method of lethal injection was questioned by his lawyers, who said that a batch of the sedative sodium pentobarbital mixed in February had expired and that its use would violate Arizona’s execution rules.

State attorneys denied that the drug had gone bad, but offered to mix up a new batch and have it tested for potency.

Arizona halted its use of capital punishment in 2014 after the execution of Joseph Wood drew scrutiny when officials and witnesses said it took two hours for him to die, and he gasped and snorted for much of that period.

The state carried out Wood’s execution with a two-drug combination it had never previously used.

The incident prompted officials to review the state’s death penalty procedures. But after the long lull in executions, Arizona Attorney General Mark Brnovich notified the state Supreme Court in April 2021 that he would seek execution warrants in the case of Dixon as well as that of convicted murderer Frank Atwood, who is set to die in June.

Brnovich, who is running for a U.S. Senate seat as a Republican, has said he wants to “ensure” that the 21 people on Arizona’s death row whose appeals have been exhausted are executed before his term ends in 2023.

“This is about the administration of justice and ensuring the last word still belongs to the innocent victims who can no longer speak for themselves,” Brnovich tweeted last year.

Dixon was sentenced to death in 2008 for the killing of Bowdoin, a 21-year-old Arizona State University student. She had been raped, strangled and stabbed in her Tempe apartment in 1978, prosecutors said. DNA testing eventually linked Dixon to Bowdoin’s death.

“The last forty-four plus years of reliving Deana’s brutal murder as well as enduring the trial and appellate litigation has been nothing short of horrific for our family,” her sister, Leslie James, said in a statement in April obtained by The Arizona Republic. “As victims, the Arizona Constitution guarantees a prompt and final conclusion of this matter. Nothing about this case or my experience in the criminal justice system has been prompt.”

Dixon’s execution had been opposed by his tribe, the Navajo Nation, which wrote in a letter to Brnovich last year that “the death penalty removes the possibility of restoring harmony whereas a life sentence holds the opportunity to re-establish harmony and find balance in our world.”

The return of executions in Arizona has also struck a nerve with members of the Jewish community, given that death row inmates who committed their crimes before Nov. 23, 1992, have the option of selecting gas inhalation for their execution or the state’s default method of lethal injection. The groups say killing people in a gas chamber is “inhumane” and it parallels the atrocities committed during the Holocaust.

Erik Ortiz is a staff writer for NBC News focusing on racial injustice and social inequality.