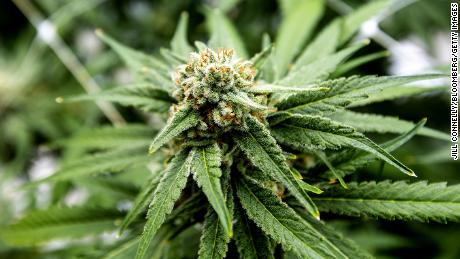 This year, we have been reminded in big ways that the judicial branch also plays a major role in our way of life. But it’s not just on the marquee issues of abortion and guns where the courts are helping to set the boundaries for what is acceptable and not.
This week, Juul paid more than $400 million to settle a lawsuit involving more than 30 states that dealt with the electronic cigarette (or vaping) company’s marketing to Americans under the age of 18.
The proliferation of vaping, especially among teenagers and young adults, and the backlash against it is where we begin our look at the week of politics that was.
A few weeks ago, I noted the proliferation of smoke shops in my native New York. Part of that has to do with marijuana (more on that in a minute), but it also has to do with vaping.
But while vaping is far more popular among young Americans than it was a decade ago, the numerous anti-vaping campaigns by public health officials may be working. The fact is that while getting behind marijuana legalization may be a winning political issue, the opposite may be true for vaping.
Take a look at the latest data from the Centers for Disease Control and Prevention. Nearly a third of high schoolers in 2021 (29%) said they had tried vaping nicotine. More than 1 in 10 (11%) admitted to doing so in the past month.
Back in 2011, just 2% of all high schoolers said they had vaped in the past 30 days. This may seem like a massive jump, but it also hides a massive decline.
Vaping among teenagers climbed rapidly during much of the past decade. It peaked in 2019 with 28% of high schoolers saying they had vaped in the past month. That dropped to 20% in 2020 and 11% last year. This is a dramatic decline and well outside any margin of error.

Keep in mind, a mere 2% of high schoolers regularly smoke tobacco cigarettes. It’s not like these students are merely switching from one nicotine product to another.

Vaping among all adults seems to have remained fairly stable over the past few years. The latest Gallup poll found 8% of adults vaping, which is the same as it was in 2019.
Like with marijuana, there is a major age divide when it comes to vaping. Just 1% of Americans aged 55 and older said they had vaped in the past week. That climbs to 19% among adults aged 18 to 34.

This is mirrored in American habits overall. The latest Gallup polling shows that Americans are twice as likely to regularly smoke marijuana at least once a week (16%) as they are to vape (8%).

And while vaping has shown no real uptick in popularity in more recent years, more people are regularly smoking marijuana than ever before.

We can see this dynamic playing out at the ballot box and through the actions of politicians. Nineteen states have legalized recreational marijuana over the past decade, and legalization measures are on the ballot in several states this year. About two-thirds of Americans believe that marijuana should be legal.
Prominent lawmakers or former lawmakers are fighting to legalize marijuana, including former House Speaker John Boehner, an Ohio Republican.

On the other side, we just had more than 30 states sue arguably the most prominent e-cigarette maker for advertising to teenagers.

When asked by Gallup whether laws against vaping should be made more strict, made less strict or kept the same, 61% of Americans said more strict. This position was supported by a majority of Democrats, Republicans and independents. It was also backed by a majority of every age group broken down by Gallup (18-34, 35-54 and 55+).

The simple fact is that promoting marijuana is a winning issue for politicians, but vaping is very much not.

Speaking of places where marijuana is legal, New Hampshire holds its primary on Tuesday. And along with Delaware’s and Rhode Island’s, these are the final partisan midterm primaries of 2022. (Louisiana will hold nonpartisan blanket primaries on Election Day.)

The fact that New Hampshire’s primary is so late shouldn’t discount its importance in the midterms. We may get a good idea of the outcome of the battle for the Senate based on what happens in New Hampshire.

Democratic Sen. Maggie Hassan is trying to win a second term. It’s not clear who her GOP opponent will be at this point, though the two most likely nominees are retired Army Brig. Gen. Don Bolduc and state Senate President Chuck Morse.
Morse sports the endorsement of Gov. Chris Sununu and is widely seen as more electable statewide than Bolduc, who has promoted the false belief that President Joe Biden didn’t legitimately win the 2020 election.
If Bolduc wins, the race could join the other contests where Republicans appear to have hurt their chances of winning the general election by nominating a weaker candidate.
If Morse wins, New Hampshire could become a real pickup opportunity for Republicans. The limited (and mostly old) polling data made public has the race within 5 points with Morse as the GOP nominee.
According to data compiled by The Washington Post’s David Byler, any aggregate of Senate polling around this time would be off the mark by an average of more than 5 points. Put another way, Morse has a real shot of winning if he is the GOP nominee.

In fact, Morse is polling as well, if not better, than almost every Republican Senate nominee in a marquee race (Arizona, Georgia, Nevada, Pennsylvania, etc.). You just don’t hear about New Hampshire as often, in part because it isn’t polled as often.

You can bet that we’ll be hearing more about New Hampshire if Morse wins. Republicans would be silly not to press hard in a state where Hassan and Hillary Clinton both won by less than a point in 2016.

For your brief encounters: The NFL is back

There’s so much depressing news in the world these days, enough to make you want to tune out. That’s why for football fans, like me, the start of the football season is so important.

Many Americans feel the same way. Football has been the most popular sport to watch for over five decades now, and there’s no sign of that stopping.
According to a Washington Post poll published earlier this year, 36% of Americans said football was their favorite sport to watch. No other sport polled above 12%. Two-thirds (67%) said they were fans of football.

And in an age of political divisions, football was the favorite sport of Democrats, Republicans and independents alike.

Afghans are the unhappiest: A recently released study from Gallup found that residents of Afghanistan had the worst emotional health. They were followed by residents of Lebanon, Iraq and Sierra Leone.
Payment apps are popular: A new Pew Research Center survey found that 76% of Americans have used Cash App, PayPal, Venmo or Zelle. PayPal was the most popular, with 57% using it.
Positive views of US business sector drop: Just 36% of Americans on average have a positive view of 25 business and industry sectors. That’s the lowest since 2008, according to Gallup. Positive opinions are highest for the restaurant industry (60%) and lowest for oil and gas (22%).