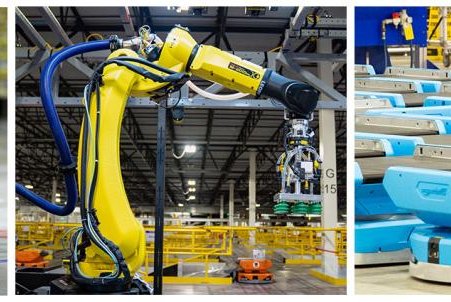 Cloostermans will become part of Amazon Robotics, the company’s division focused on automating parts of its warehouse operations, Amazon said in a statement. It did not disclose financial terms of the deal.

Cloostermans was founded in 1884 and has been a privately owned company for six generations. It builds customized robotics for use in warehouses.

“Machines are engineered to order. All project aspects can be provided in house: mechanical and electrical engineering, manufacturing, assembly and integration and testing,” the company says on its website.

The company expects the Cloostermans acquisition will make its operations safer, simpler and more productive.

Amazon opened its European Operations Innovation Lab in May 2021 to develop “advanced technologies that support safer ways of working.”

Cloostermans’ some 200 employees will join the company’s growing presence in Europe.

“Amazon’s investments in robotics and technology are supporting how we build a better and safer workplace for our employees and deliver for our customers,” Ian Simpson, vice president of Global Robotics at Amazon, said in a statement.

“As we continue to broaden and accelerate the robotics and technology we design, engineer and deploy across our operations, we look forward to welcoming Cloostermans to Amazon and are excited to see what we can build together.”