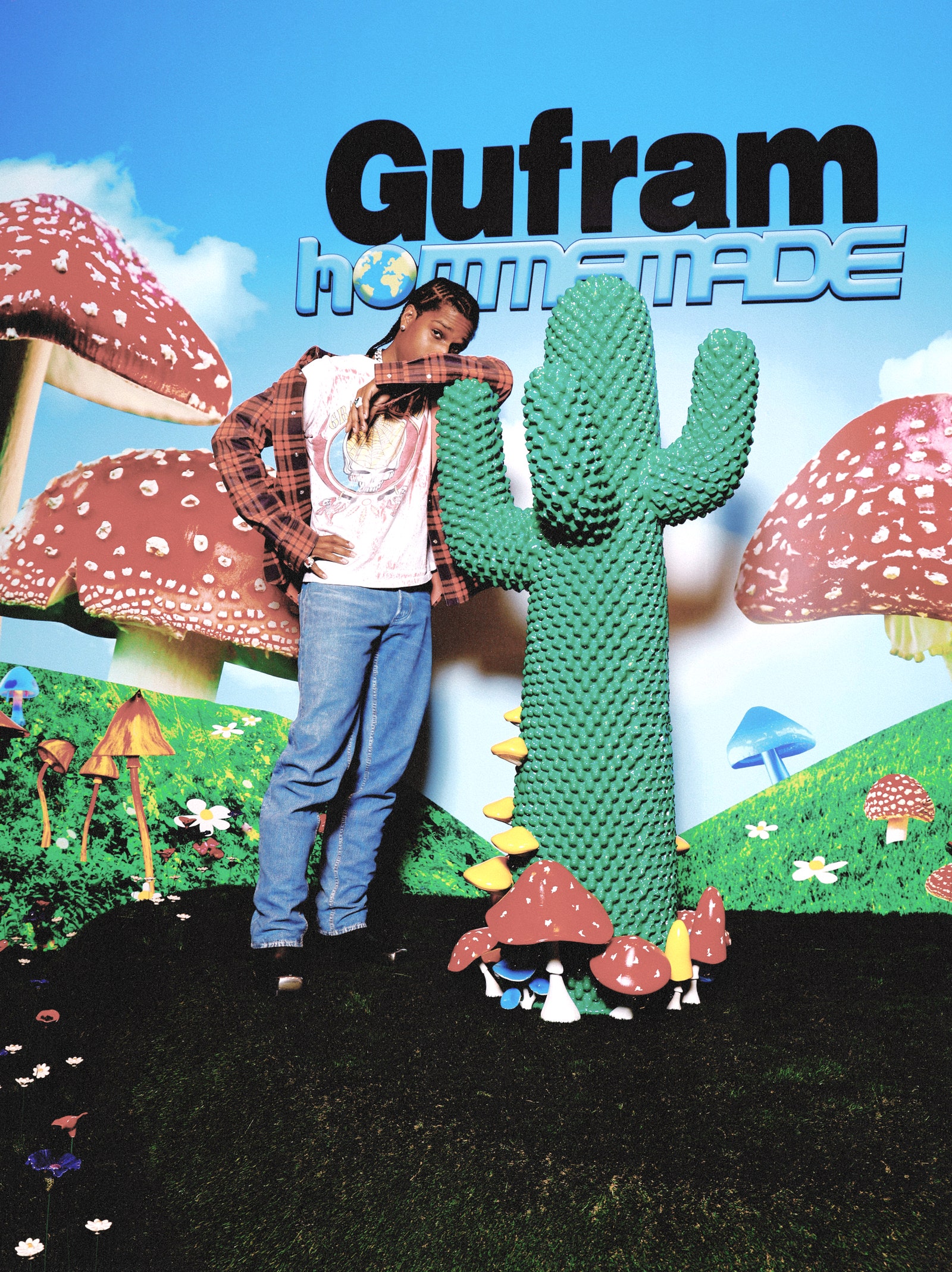 The rapper A$AP Rocky has good taste in just about everything: music, fashion, cars, romantic partners. So it’s no surprise that he’s decided to make a foray into the world of interiors, parlaying his keen eye into a “furniture interior design studio” called Hommemade, which made its debut at the Design Miami/ fair in Miami Beach on Thursday.

(Indeed, he may have even prophesied it: “This shit is more than just rap for me,” he told GQ back in 2021, after he’d released a capsule with the Parisian designer Marine Serre that he had begun designing from his cell in a Swedish jail. “I’m into design, I’m into detail, I’m into elevated taste value.”)

Fittingly, Hommemade’s very trippy inaugural piece makes a lot of sense for both A$AP Rocky and for the Art Basel crowd: it’s a five-and-a-half-foot-tall, toadstool-covered cactus hall tree made in collaboration with the Italian design brand Gufram, a key player in the Italy’s midcentury Radical Design movement that first introduced its signature CACTUS®—a piece that is equal parts sculpture and art object—back in 1972.

“This is the first collaboration from my Hommemade decor studio, and since I’ve always advocated for mushrooms it was only right that we made a cactus with them,” Rocky, a longtime proponent of psychedelic substances, said in a press statement. Charley Vezza, Gufram’s global creative orchestrator, concurred: “I would say this mushroom-based collaboration was a good trip.”

The nubby polyurethane cactus, whose base features an array of protruding shrooms in primary colors, will be produced in a very limited run of only nine pieces—which were presumably catnip for fairgoers down in Miami this week. While the Shroom CACTUS® may be a splashy yet hard-to-buy piece of A$AP’s world, the press release promises that “his venture into furniture design and homegoods” has more to come, as “Rocky aims to create pieces that defy normalcy, inspire creativity, and ensure comfort.” A goal that sounds pretty groovy.