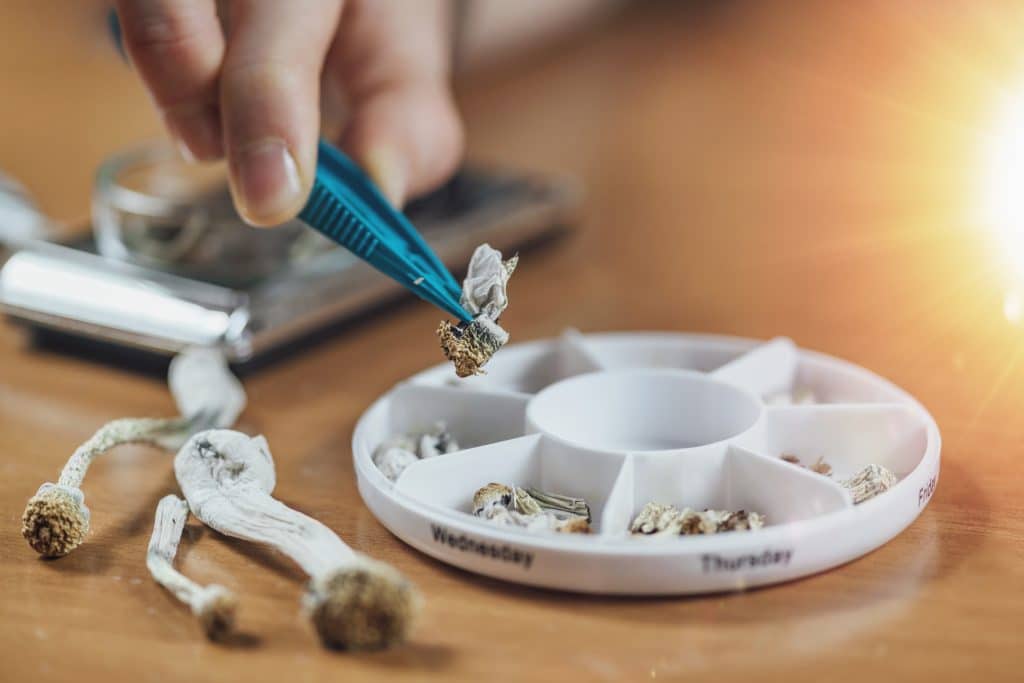 After Colorado voters narrowly passed Proposition 122, or Access to Natural Psychedelic Substances, training is progressing for several clinicians at Minds in Motion integrative care clinic in Steamboat Springs to offer supervised services with psychedelic mushrooms in 2024.

Angela Melzer, owner of Minds in Motion, said the state timeline for implementation of the psychedelic-assisted mental health therapy measures approved by Proposition 122 is late 2024, but providers have “a lot of work to do before then.”

A key step to offering psychedelic mushrooms for adults 21 and older at licensed facilities is the creation of a regulatory structure for those facilities by DORA, or the state Department of Regulatory Agencies. Colorado Gov. Jared Polis also will appoint a 15-member advisory board.

In addition, providers need to undergo training, which some staff at Minds and Motion have begun through an organization called MAPS, or Multidisciplinary Association for Psychedelic Studies, headquartered in San Jose, Calif., Melzer said.

“I believe in the medicine and feel like it can be helpful and supportive for people, so let’s destigmatize it by writing and talking about it and sharing articles to show its efficiency,” said Cristen Malia, clinical mental health counselor at Minds in Motion.

Steve Walls with A&S Counseling in Craig said that group practice with four trauma-focused counselors will be participating in training for psychedelic mushrooms.

“If it’s going to be legal in Colorado, we have to have the ability to provide quality after-care,” said Walls, whose group will study the research to see if they will offer the treatment service as a licensed facility.

The recent voter approval provides avenues for legal, supervised use of the therapy, largely intended for patients suffering from post-traumatic stress disorder, depression or anxiety. Researchers also are investigating use for terminal cancer patients or in palliative care.

Professor Scott Thompson, director of the Center for Novel Therapeutics at the University of Colorado School of Medicine, said although his and other research studies show efficacy for the use of psychedelic mushrooms, the voter-approved measure has many vague issues that need to be worked through. He mentioned some concerns such as regulation of the quality and processing of the product as well as the time and expense for the treatments that are not covered by medical insurance. The professor also questioned whether facilities that receive federal funding will be able to prescribe the medicine.

The state law refers to two substances – psilocybin and psilocin – found in psychedelic mushrooms as well as three other plant-based psychedelic substances that the state may expand for use in 2026, such as mescaline that is derived from peyote cactus.

Thompson’s larger concern is proper supervision for psychedelic mushroom use in a controlled situation since the normal dosage provides a powerful experience for up to six to eight hours. The mind-altering substance can take people to dark places where a professional therapist should be on hand to help the patient process.

“It certainly seems safer and more cautious to use these powerful substances under the watchful eye of trained facilitators as defined by the law,” Thompson noted.

The professor said the use of psychedelic mushrooms is “not for everyone,” especially not for use by patients suffering for bipolar disorder or schizophrenia. He said patients need to be properly advised by a professional facilitator so that they are not scared by the mind-altering effects such as visual alterations.

“It’s incredibly powerful. You are no longer in control of your thought process. The risk of a bad trip is real, and that’s why people have found they need a preparatory session before you use this drug,” the professor said. “People say this is one of the most powerful and meaningful experiences they have ever had.”

“The promise of psychedelic medicine is incredible,” said Thompson, who has been working in the research for four years. “There no doubt that the talk therapy part is an incredible benefit and absolutely an essential part of the law.”

In general, research shows “the side effects are quite minimal, and they are remarkedly safe compounds,” Thompson said, noting psychedelic mushrooms are not addictive.

Malia agrees that patients may have to go through “hard stuff during the journey” with psychedelic mushroom treatments. She noted the experience can be effective if delivered in the right way to reduce symptoms of mental health challenges and support people through trauma.

“There is a lot of uncertainly now about how we can offer it, but it’s moving in the right direction,” she said.