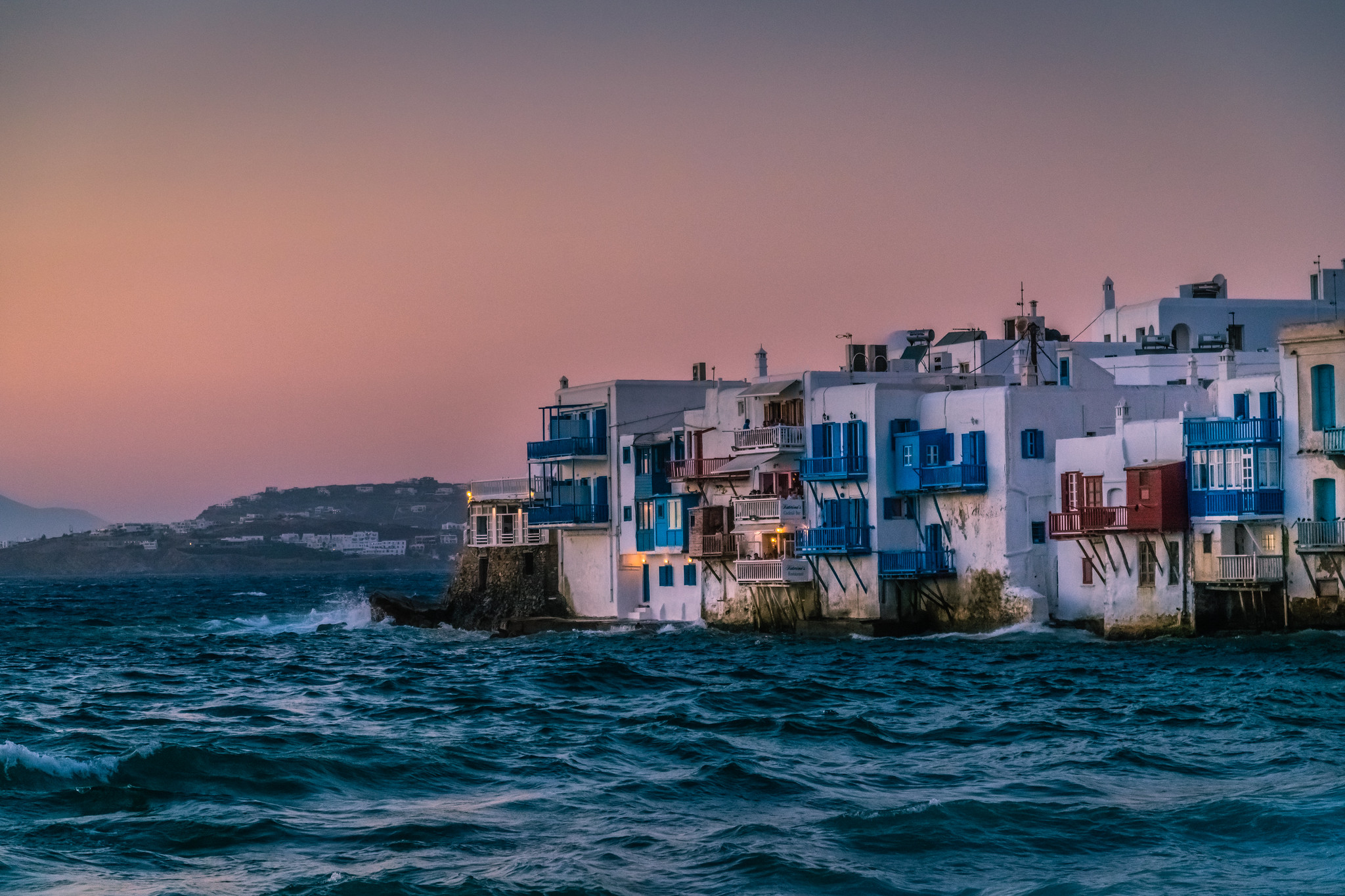 Check out the top 6 unique Mykonos Beach Clubs you should visit when you’re on the island.

Mykonos is the island that never sleeps. Although it initially gives the impression of a tranquil destination due to its picturesqueness, in fact, the island of the winds is Greece’s response to the Ibiza challenge. At night, Mykonos confirms its reputation as a refuge for the ubiquitous “party lovers” who have fun at the legendary parties until the final fall, and the most famous DJs and the elite of famous stars give the present.

On the other hand, for those looking for a more relaxed nightclub – the alternatives are just as numerous. From the most picturesque bars in Little Venice to the traditional cocktail bars in Chora, you can pick the one that best suits your taste.

With the North Gulf of Paraga as the backdrop, a unique experience awaits you on Mykonos, where colorful elements combine in a great environment, with music, drinks, and food reaching perfection.  After all, some consider Kalua to be the boho-chick paradise of Mykonos – and not without reason!

So, you can find the Kalua Beach Club on the famous beach Paraga, which is identified with the motto, “Every day a beach party”. In the daytime, you can sip on a refreshing cocktail, such as Kalua Watermelon, the store’s trademark, and dance until dawn under the warm sun of the Aegean.

The bus departs from Fabrica Terminal and takes about 15 minutes to get to Paraga Beach.

At Paradise Beach, Tropicana is one of the hottest spots. All-day long, this bar is the place to be for those who want to enjoy their breakfast by the sea or to say goodbye to the day by rocking to the beat of famous DJs from 4.30 pm onwards.

The Travel Channel describes it as the “sexiest” beach bar on the island. It remains the first choice for young people and stylish visitors who promise to party until dawn.

Public transportation connects Fabrica station and the Old Port in Mykonos Town with Paradise beach in approximately 20 minutes, or you can take a sea taxi from another beach, such as Platis Gialos, to get here.

There are lots of famous stars and unrepentant clubbers who frequent the legendary Super Paradise Beach Club. Additionally to its incomparable nightlife, Super Paradise is also known for its relaxing atmosphere that is combined with cool cocktails during the day until the famous DJs mark the beginning of another legendary night. It is, without a doubt, a club that you’ll want to return to!

The shuttle bus departs every 30 minutes from Fabrica Terminal between 11:00 am and 11:00 pm, and on your return, you can board one of those same buses operating from 11.30 am to 11.30 pm. However, you won’t want to leave this earthly paradise.

Undoubtedly, Cavo Paradiso is the most famous club in Mykonos. Located on Paradise Beach, it is guaranteed to fill you with joy, since the party –-literally– never stops. Dancing, socializing and drinking take place even after the rising of the sun. The night is accompanied by famous DJs, such as David Guetta, Steve Aoki, and Armin van Buuren; all these contribute to an unforgettable entertainment experience. However, we would suggest that you make a reservation in advance.

Public transportation connects Fabrica station and the Old Port in Chora, with Paradise beach in approximately 20 minutes, or you can take a sea taxi from another beach, such as Platis Gialos, to get here.

Arthur Chi’en, the pioneering, talented, and award-winning journalist and DJ, choose music in the morning and throughout the day in a worldwide exclusive. Meanwhile, internationally renowned DJs raise the beat and the party never stops.

It has been said that if you don’t spend a day at Nammos Club, it is as if you have never been to Mykonos. It may sound a little extreme, but it’s true; Nammos is the most cherished club of world-famous celebrities like Leonardo Di Caprio, Kendal Jenner, and Mariah Carey.

Mykonos is a party paradise after all, where the party never ends. Famous DJs will once again play the beat till the morning and you can enjoy the best food and cocktails. During your stay, you will be able to enjoy champagne and dance until dawn. The crystal clear waters next to the club also add to the experience.

And, if you ever feel the need to take a break from all the partying, just take a rest at the fabulous, luxurious Mykonos villas you’ve booked, recharge your batteries, and then, start again!