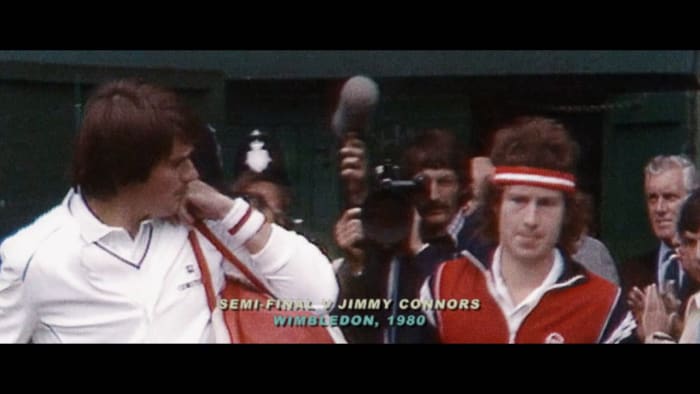 Wondering what to watch next week? Here’s the scoop on what you’ll want to be watching as you head into the weekend of Sept. 2 on network and cable television, streaming and on-demand. Whatever your platform—HBO, Showtime, Acorn, Disney Plus, Amazon Prime, Netflix, Hulu—we’ve got you covered with what to watch. Plus, check out what’s new on Blu-ray and DVD, and hot new movies opening next week. Let’s get watching!

FRIDAY, Sept. 2
The Lord of the Rings: The Rings of Power
In this new much-anticipated streaming eight-episode series (starring Cynthia Addai-Robinson, Peter Mullan, Nazanin Boniadi and many others), set thousands of years before the events of J.R.R. Tolkien’s The Hobbit and The Lord of the Rings, great powers are forged, kingdoms rise and fall, heroes are tested, and evil reemerges in Middle Earth (Prime).

Honk for Jesus. Save Your Soul have art
This “faith satire” stars Sterling K. Brown and Regina Hall as a powerhouse couple trying to stage a comeback to their megachurch after a scandal (Peacock).

SATURDAY, Sept. 3
See
Season three of the post-apocalyptic series—set in a future hundreds of years after humankind has lost its ability to see—features Jason (Aquaman) Momoa returning to the role of Baba Moss, now gearing up to fight the forces of a scientist who has invented a form of “sighted weaponry” that could wipe out the entire population (Apple TV+).

Little Women
New 12-episode series adaptation of the enduring Louise May Alcott novel comes from Korea, with a tale of three impoverished sisters who clash with the nation’s wealthiest family (Netflix).

SUNDAY, Sept. 4
McEnroe
Sports doc serves up the story of John McEnroe, the pro tennis champ whose “temper tantrum” bouts of perfectionism and self-doubt made him one of the sports’ most explosive stars (8 p.m., Showtime).

Love’s Portrait
A museum curator sees a painting that looks exactly like her and goes to Ireland to try to find out who created it—and why. Starring Aubrey Reynolds and Richard McWilliams (9 p.m., HMM).

MONDAY, Sept. 5
Shock Docs: The Visitors
A best-selling author’s bizarre recollections of being taken—and experimented on—by space aliens in 1985 leads to one of the most frighteningly real stories ever recounted about alien abduction (9 p.m., Travel Channel).

The Bad Seed Returns
McKenna Grace and Rob Lowe return to their characters from the 2018 remake of director Mervyn LeRoy’s malevolent-child 1956 classic, as the dark behavior of Emma, the little “bad seed,” blooms anew (8 p.m., Lifetime).

Teen Mom: The Next Chapter
The casts of Teen Mom OG and Teen Mom 2 reunite for this reboot of the franchise that focuses on the unique bond they shared as young women facing the realities of parenting and “adulting” (8 p.m., MTV).

Ink Master
Who’s the best tattoo artist of them all? Joel Madden—the lead singer of the pop/punk band Good Charlotte—hosts the new season of the ink-tastic competition, which seeks to determine the top tattoo-er from among several fan-favorite artists (Paramount+).

101 Scariest Movies of All Time
New eight-episode series from the producers of Eli Roth’s History of Horror introduces you to master filmmakers and genre experts who dissect the most terrifying moments from the greatest horror films ever made (Shudder/AMC+).

The Good Fight
The sixth and final season of the courtroom-drama series, starring Christine Baranski, Audra McDonald and John Slattery, begins tonight, as the law firm associates wonder if all the violence around them means another civil war is brewing (Paramount+).

Last Light
Matthew (Lost) Fox returns to episodic TV in this apocalyptic thriller based on the bestselling novel by Alex Scarrow about a world in panic as oil reserves are depleted and all means of power and communication begin to fail (Peacock).

Leslie Manville stars in Mrs. Harris Goes to Paris, a humorous and heartwarming tale about a London housecleaner on a quest to own a glamorous French dress.