The ‘I’m Not In Love’ hitmaker says it’s unlikely they’ll make it to Worthy Farm to play the Sunday afternoon teatime slot reserved for iconic artists because organisers Emily and Michael Eavis would like the original line-up – also including Kevin Godley, Lol Creme and Eric Stewart – to play the Pyramid Stage.

The 76-year-old star told the Daily Mail newspaper’s Eden Confidential column: “We’ve had an offer to play the legends slot at Glastonbury.

“But they want the original line-up to reform. I don’t think that’s likely.”

In 2012, 10cc embarked on a 40th anniversary tour, however, the only original member to hit the road was Graham.

Kevin and Lol quit the band in 1976 due to artistic disagreements and became a duo, while Eric departed in 1995.

Meanwhile, Graham has joined forces with Queen legend Brian May, 74, on the track ‘Floating In Heaven’, which is out next week.

He said: “I’m releasing a track with Brian next week called ‘Floating In Heaven’. It’s to accompany the first images from NASA’s James Webb Telescope.”

Back in March, the guitar god shared a clip of the pair in his studio and teased a collaboration.

The ‘Bohemian Rhapsody’ hitmaker wrote in the caption: “An illustrious visitor to my studio – Graham Gouldman – songwriter with a huge pedigree ! We had fun ! And we might even have a little surprise cooking …. ! Such a great to be able to make music again with real people ! Rock on folks ! Bri (sic)” 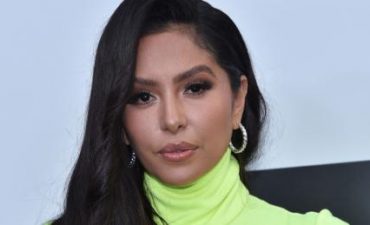